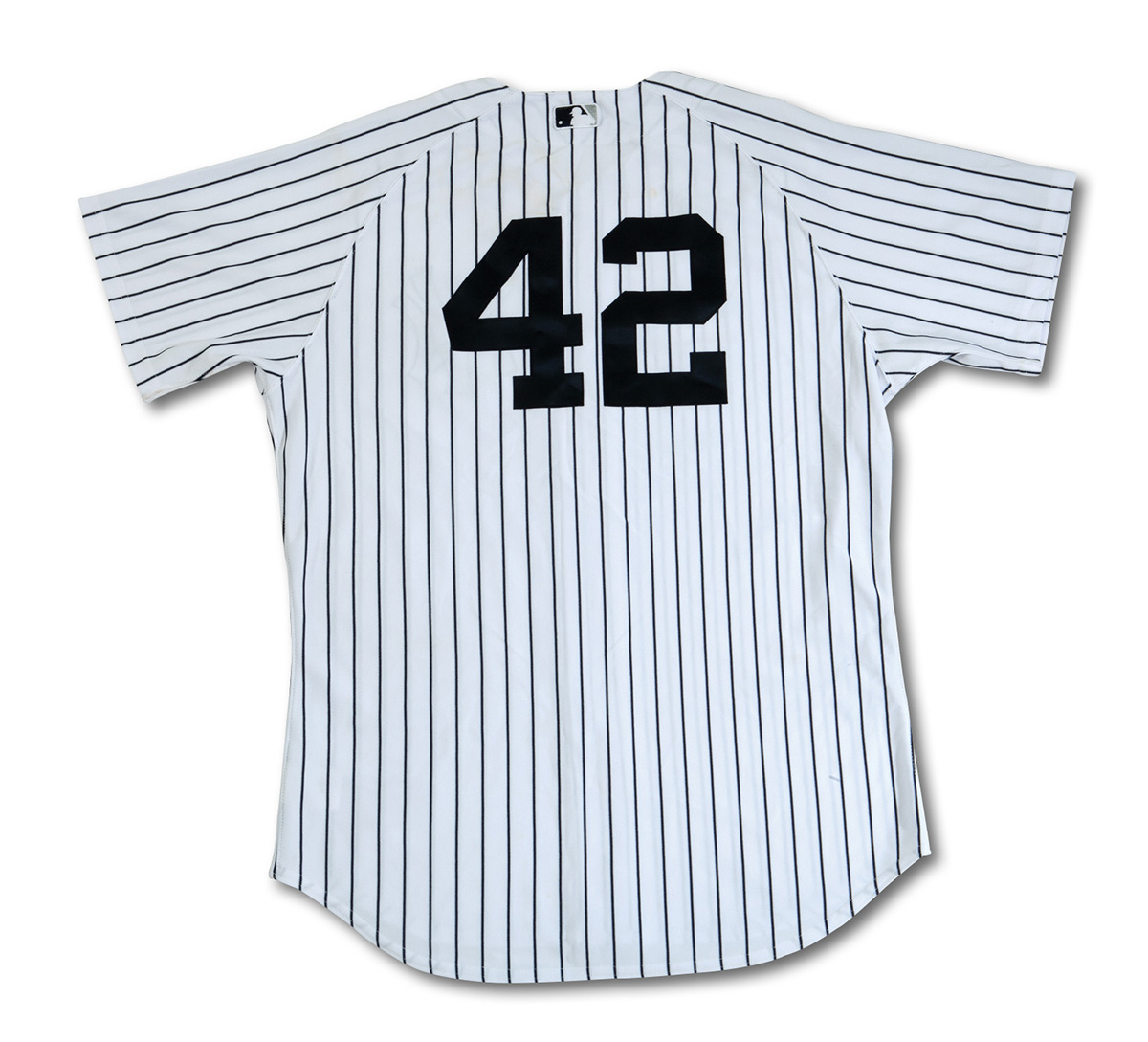 The jerseys of most-famous number in all of Major League Baseball worn by stars from the most-successful franchise in history are being sold by SCP Auctions.

A collection of 41 jerseys worn by members of the New York Yankees from 2010 to 2014 all bearing the No. 42 have been consigned to the Laguna Niguel, Calif.-based auction house by the Jackie Robinson Foundation, which is a non-profit organization founded by Rachel Robinson in 1973. Its efforts help fund higher education opportunities for those in need. Proceeds from this auction will go to such efforts.

“We are extremely honored and proud to partner with the Jackie Robinson Foundation for this worthy cause,” said SCP Auctions President David Kohler in a prepared release.

Among the past and present Yankees gamers being sold are Derek Jeter, Ichiro Suzuki, CC Sabathia, Jorge Posada, Mark Teixeira, Curtis Grandson, Nick Swisher and Brian McCann. The jerseys are from games played on April 15, which is Jackie Robinson Day in MLB each season. All of the jerseys are MLB authenticated and include a letter from the foundation as well.

The auctions close on Saturday. Click here for more information.