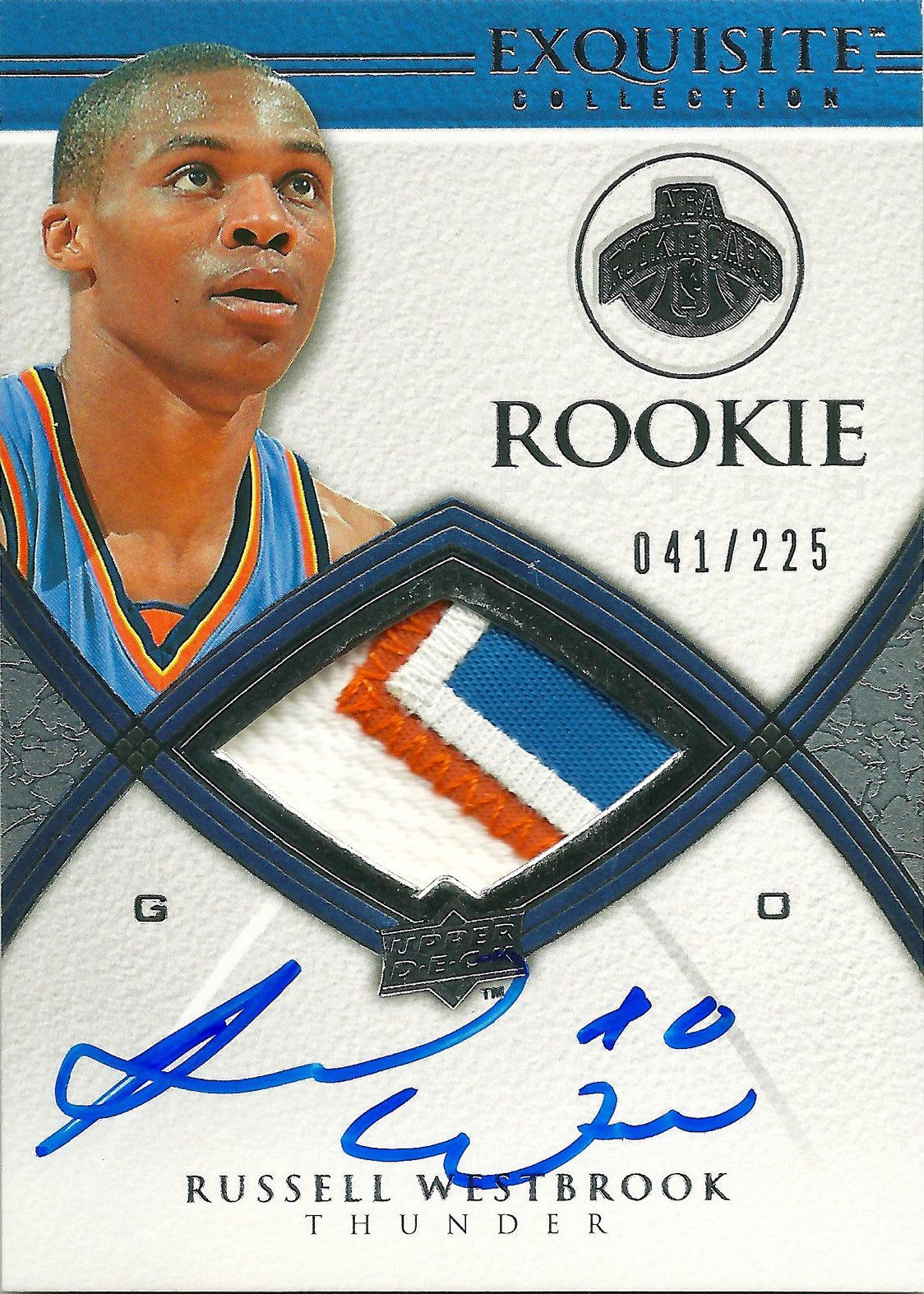 Oklahoma City’s Russell Westbrook scored a career-high 54 points but it wasn’t enough as Indiana rallied late for a 116-104 victory Sunday night in Indianapolis.

Westbrook also picked up his 16th technical foul of the season. NBA rules require a player to sit out one game at that point, but the league could rescind the foul today.

Westbrook had 22 points in the first quarter and took 43 shots in the game. He also had nine rebounds and eight assists.

There are 2,110 Westbrook cards in the Beckett Online Price Guide, including 574 memorabilia, 27 Rookie Cards and 367 autographs. Total value of his cards, excluding rarities, is $46,955.66.