Golf’s current sensation has signed to be an exclusive spokesperson with Upper Deck.

Upper Deck will offer autographed memorabilia of McIlroy through its Upper Deck Authenticated program. Items will include pin flags, photos, lithographs, game-used items and more. His items will begin to appear with UDA in October.

His trading cards will appear in Upper Deck products in 2013.

This announcement comes as McIlroy is one of the most popular golfers in the world. He’s currently ranked No. 1 after winning the 2012 PGA Championship.

However, even with McIlroy’s success, the Irish player has never been featured on any licensed trading cards other than a Sports Illustrated for Kids set.

“At Upper Deck we have always prided ourselves on bringing our worldwide customers closer to the world’s most iconic athletes,” said Richard McWilliam, Upper Deck’s founder and CEO. “We have been targeting Rory for some time now and are thrilled to have him be a part of the Upper Deck team. Our golf collectibles provide fans with not only a premium talking piece for their home or office, but more importantly an authentic collectible to cherish forever.”

At 23 years old, McIlroy already has a decent resume. He won the U.S. Open in 2011 and this year’s PGA Championship, both my record margins. He’s won more than $10 million on the PGA Tour 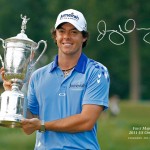 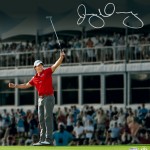 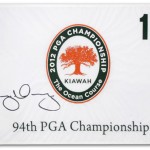 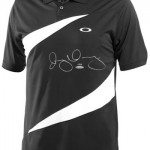 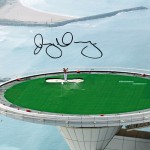