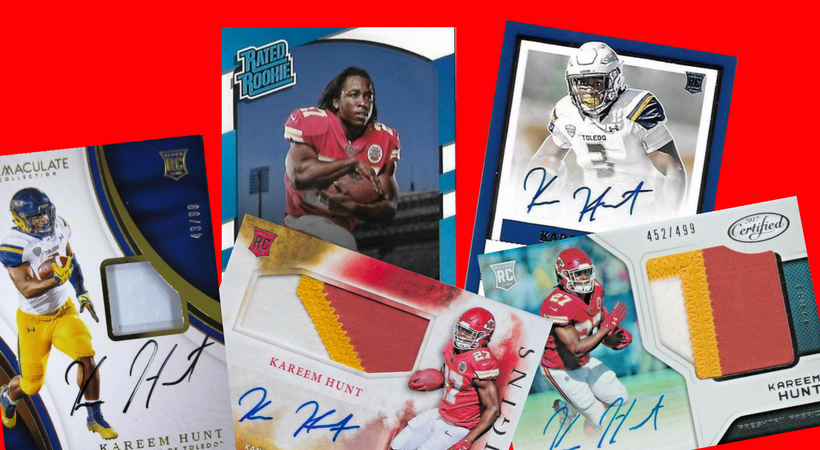 Chiefs rookie running back Kareem Hunt began his NFL career with a fumble. But this morning, he’s suddenly at the top of collectors’ want lists.

After that fumble on his first carry, rookie third-round pick from Toledo set a record for most yards from scrimmage (246)  in an NFL debut. And he did it against the reigning champion New England Patriots. He also scored three touchdowns.

Hunt finished last night’s NFL opener with 148 yards rushing and 98 yards receiving. If you want to get really geeky, that puts him on pace for 3,936 yards from scrimmage this season.

Most of the attention on rookie runners has been focused on Leonard Fournette, Christian McCaffrey and Dalvin Cook this off-season. But collectors will go where there is production, excitement and winning. The Chiefs certainly earned the attention and respect last night. With Spencer Ware injured, Hunt could solidify the starting job for good with a few more solid performances.

It’s a great start for the 2017 NFL rookie class. Comment below with the rookies you are most looking forward to watching this season. Who is your sleeper rookie?