The actor and comedian posted a video on Facebook comparing a legit 1986-87 Fleer Michael Jordan to a fake one. He even gives a couple of good pointers on what to look for (the video has a mirror image so everything looks flipped).

Schneider is no stranger to trading cards himself. In 2008, he appeared in a few sets under the Donruss Americana and Threads Baseball banners. This includes autographs and memorabilia cards. 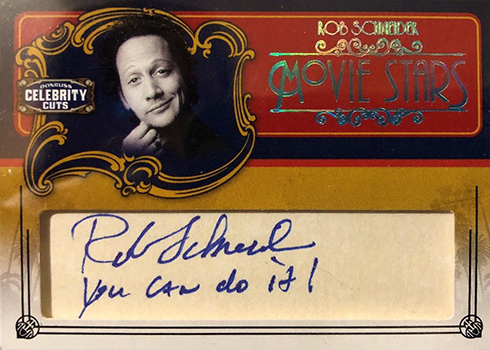