Rittenhouse Archives is creating a product with few cards and a high price point, but delivering exactly what every collector wants out of a box – autograph relic cards of Chris Pine (Captain Kirk) and Zachary Quinto (Spock). The price point for 2013 Star Trek Movies Trading Card Collectors Set sits at $749.99. In addition to the autograph relic cards, Rittenhouse will include nine Star Trek Into the Darkness Preview cards.

Just 250 sets will be made for the set scheduled to come out June 19.

This product is a holdover until late this year or early next when Rittenhouse will create movie cards based on the 2009 and upcoming movies. That set will include autograph cards, Starfleet uniform relic cards of all of the main bridge crew, pin cards and more. 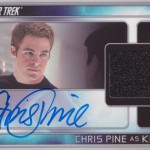 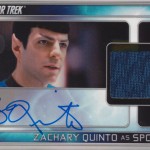 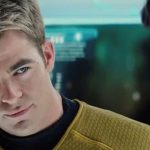 Panini, NFLPA team up to give fans ...