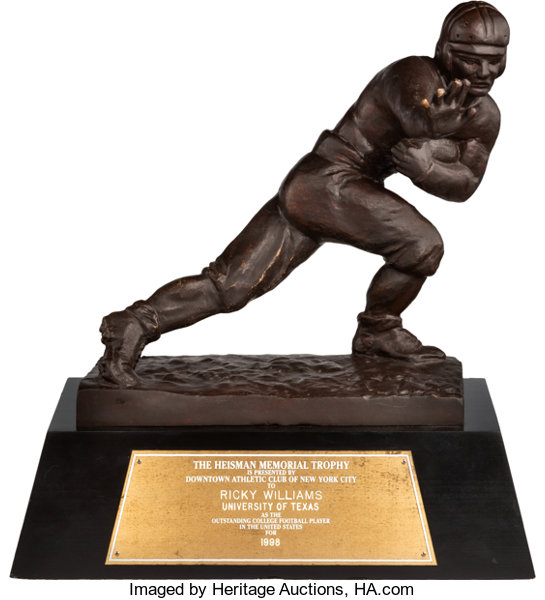 The Heisman Trophy awarded to the Texas Longhorns’ Ricky Williams in 1998 is expected to bring close to a half-million dollars in Heritage Auctions’ October 17-18 Memorabilia Catalog Auction next month.

“The Heisman Trophy is certainly one of the most iconic and recognizable pieces of hardware in sports,” Chris Ivy, Heritage Auctions’ Director of Sports Collectibles, told Beckett.com. “Given the significance of Ricky’s record-breaking performance that year, we expect this trophy to set a [market] record.”

According to Heritage, this is just the second Heisman Trophy the firm has played a role in selling, indicating how infrequently players and family members give them up for auction.

Heritage brokered the sale of Clint Frank’s 1937 Heisman Trophy in 2018, which sold for $312,000. Frank had won the award while a running back and safety at Yale.

Heritage also notes that “the Touchdown Club required every honoree from 1999 forward to sign a waiver forfeiting the right to sell his Heisman, establishing this example as the very last to be free of that encumbrance, and finalizing the potential supply available to the public.” 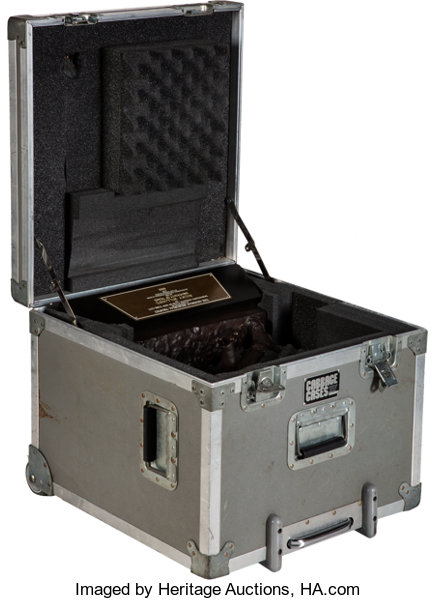 Heritage says the 37-pound Heisman Trophy (37 pounds!) will be delivered in its custom heavy-duty metal carrying case with a signed letter of provenance from Williams himself.

In addition to the Heisman, the auction also included Williams’ Walter Camp and Doak Walker awards from the same year.

Taking a Slice Out of Some Early ...