Heisman Trophy winner Robert Griffin III will appear on licensed football cards starting in March. The Baylor quarterback gained plenty of attention last season when he ran away with the Heisman voting and became known by just three characters: RG3. 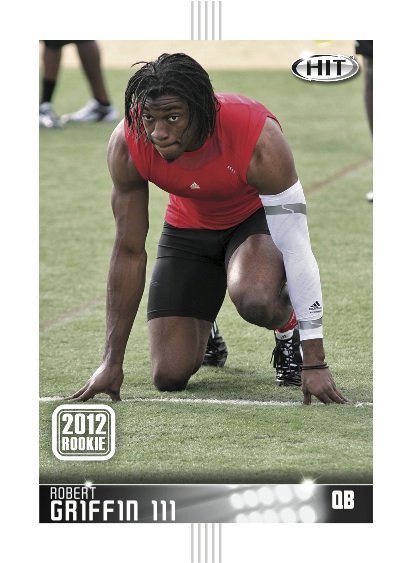 He and many other football rookies get their faces on the first card set of the year in HIT Football – Low Series from SAGE Collectibles.

The checklist is seemingly a who’s who of last season’s football stars with guys such as LaMichael James, Kellen Moore, Ryan Broyles, Brandon Weeden and others.

Exact breakdown of each box isn’t available yet, but it seems as though there will be around 30 packs in each box because there are six autographs in a box, which fall at a rate of 1 in every five packs.

Some of the visually appealing cards come in the form of the inserts, which fall at one per pack. The Artistry inserts feature mostly college football players in their school uniforms in front of a spectacular drawn background of their respective home stadiums. 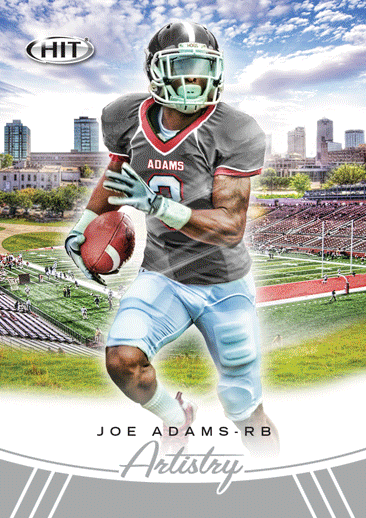 The 16-card Artistry inserts include the usual suspects along with Cam Newton, Ryan Tannehill and Davin Meggett.

The base set will start with 43 stat cards and and then another 32 commemorating 2012 rookies. In addition to autographs and the artistry insert set, HIT Football will include an 10-card insert named Write Stuff with RG3, Michael Floyd, Chris Polk and others.