A California-based company started by a pair of former card company employees has entered the world of artwork.

RareInk.com and the NBA announced a partnership on Tuesday to bring fully licensed pieces to collectors featuring the work of several acclaimed artists.The collection will launch with 100 pieces of 40 players and 60 team logos. Collectors will be able to vote on what they want to see next.

“The goal of RareInk’s artwork is to capture the excitement and action of the NBA in a uniquely artistic way,” said Tim Muret, CEO of RareInk.  “Fans can shape the future of the RareInk collection by voting for their favorite players and moments to be featured as art pieces.”

Some of the pieces, with styles varying by artist, include Lakers tributes featuring Jerry West, Kobe Bryant and Magic Johnson while others include, the Boston Celtics, the Dallas Mavericks and John Stockton and Karl Malone. Other names featured will include Michael Jordan, LeBron James and Dwyane Wade to name a few. 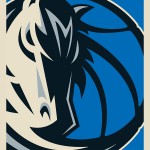 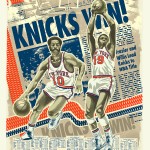 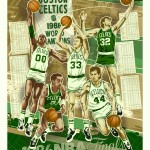 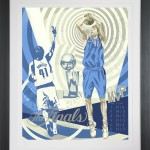