Kelly Clarkson said it best: “Some people wait a lifetime for a moment like this.”

We don’t know if Andrew had the song stuck in his head. Like, what would be going through your head if you pulled a 2019 Panini National Treasures Babe Ruth/Ty Cobb Autograph Dual Bat Relic 1/1?

Andrew, 34 years old from Huntington Beach, California, reacted with elation, surprise and numbness. The National Treasures box was a $500 Christmas present to himself, which he purchased at Baseball Cards Plus (@surfcitycards). A lifelong collector, he thought he would get some good cards out of it.

Little did he know.

“I was completely content on my pulls at this point,” Andrew wrote on his blog.

The Pull of All Pulls 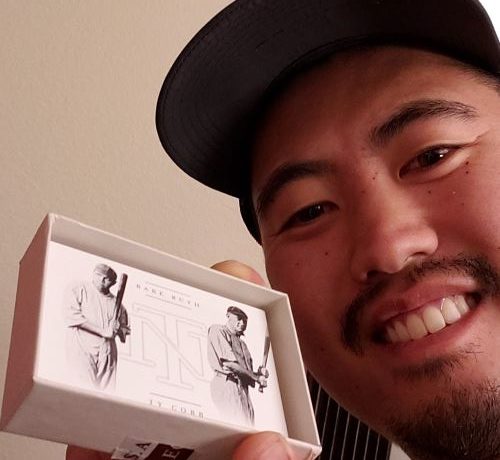 “As I slowly revealed the booklet with a blank cover card, I saw the name Ty….The first name that came to mind was obviously Ty Cobb, so I knew I had something special. At this point, I was thinking, wow, I just pulled a three-page booklet of Ty Cobb. I was just thinking relic, not even autograph at this point. As I slid the cover card over more, I saw the name Babe. At this point, I was not believing what I was seeing. I knew I had something very, very special, but I was still thinking it was going to be a relic of Ty Cobb and Babe Ruth, nothing more. 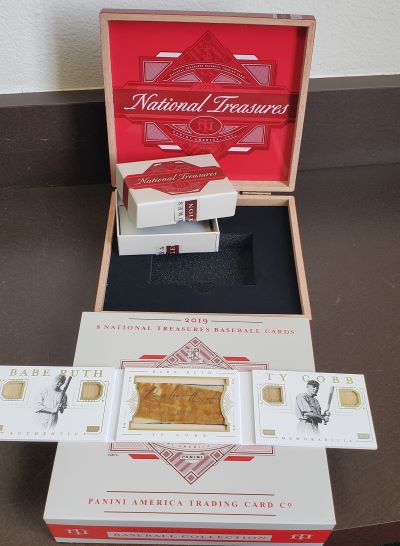 “As I opened the first part of the three-page booklet, I saw the words 1-of-1 in fancy gold foil italicized lettering. Things were really heating up in my mind and the possibility of what was in front of me was starting to numb my brain with disbelief and shock. It was two legendary autographs! 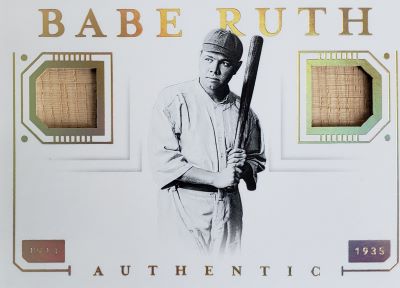 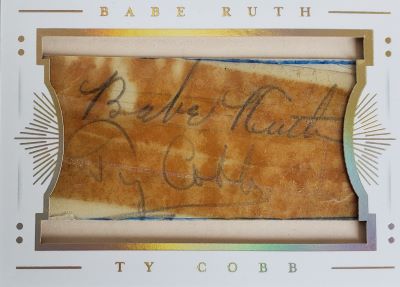 “As I slowly unfolded the full three-part booklet, I was amazed at what I had in front of me. To the left was two pieces of Babe Ruth’s bat and to the right, was two pieces of Ty Cobb’s bat. Dead center was two autographs. At this point, it all clicked. I had just pulled the cover story card of this set! I had the bat relics and the autos of two baseball legends.” 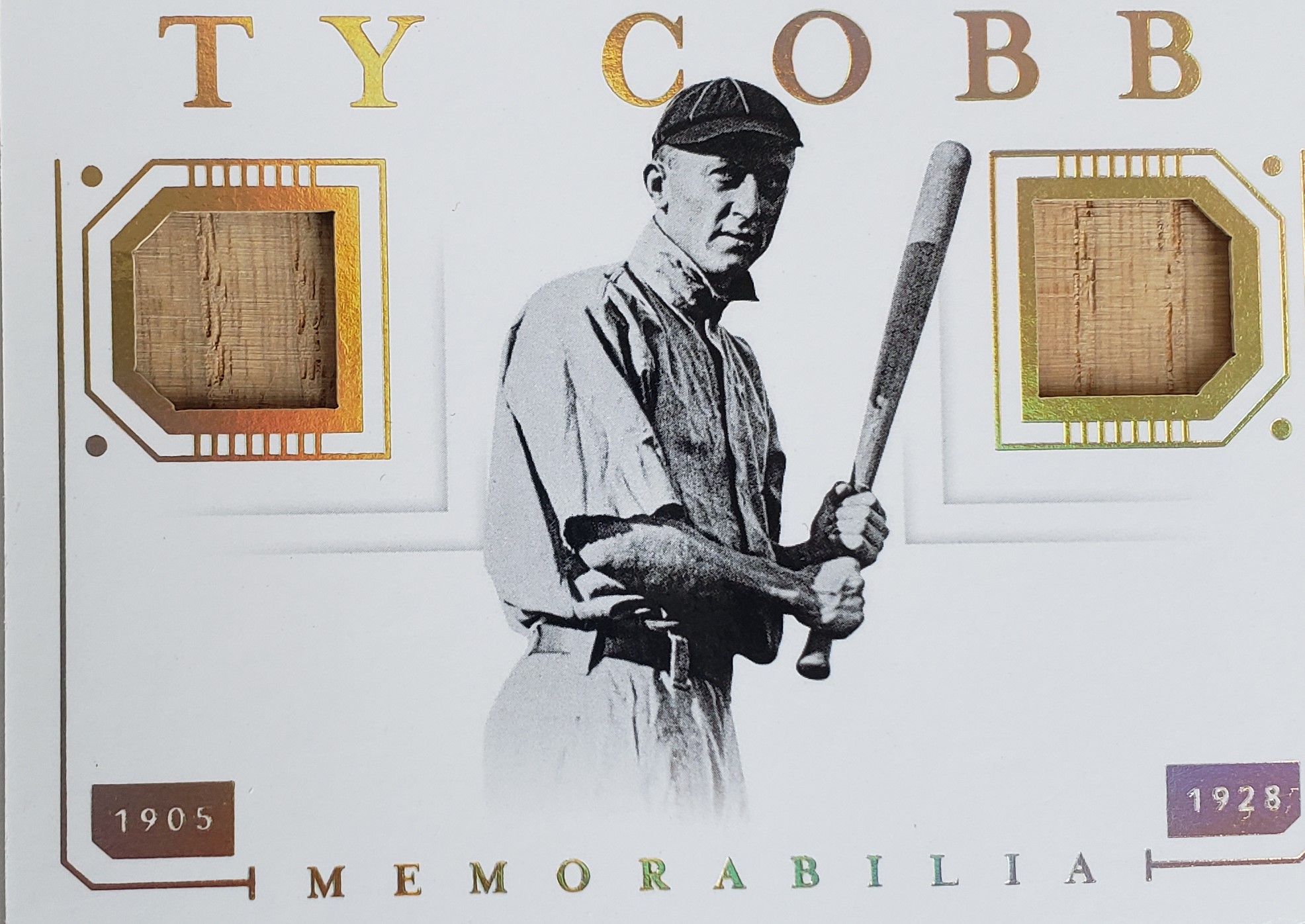