Drafted by the Twins with the 15th overall pick in the 2016 MLB Draft, Kirilloff had a spectacular 2018 season splitting time between Single-A Cedar Rapids and High-A Fort Myers. In 130 Minor League games the right fielder hit .348 with 20 home runs and 101 runs batted in. His 178 hits tied him for first in that category among all Minor Leaguers. His 44 doubles led all Minor Leaguers. 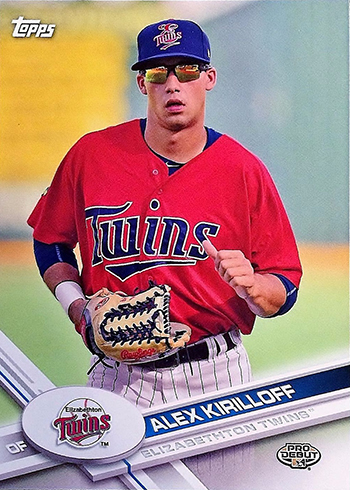 Prior to the 2017 season, Jonathan Mayo of MLB.com had Kirilloff ranked as the 98th best prospect in baseball, but he fell off the list prior to the 2018 season. I suspect he’ll make his return to the list next spring.

As a former first round pick, Kirilloff has been on collectors’ radar for some time. However, over the last few weeks, his stellar 2018 season has collectors paying just a bit more for his cardboard.

Over the past week, all of his cards were raised in the Online Price Guide. He currently has 320 different cards dating back to 2015 Leaf Metal Draft Perfect Game. He’s got 18 memorabilia cards and 155 certified autographs, but no true Rookie Cards yet. This will come after he makes the majors. 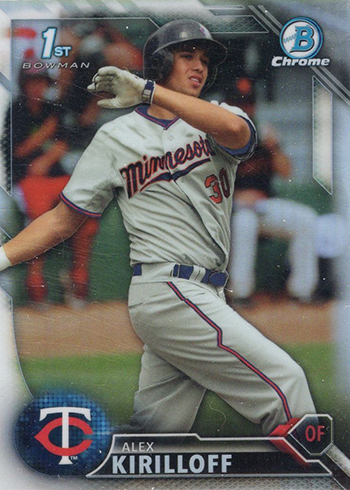 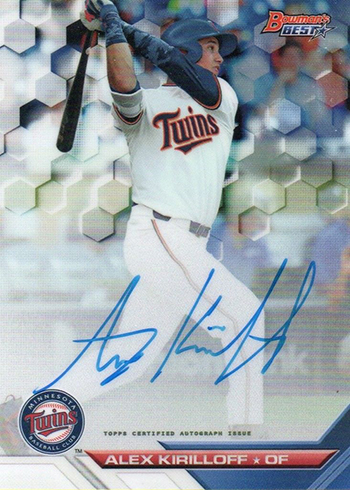