Product of the Year Among Panini’s 10 Industry Summit Awards 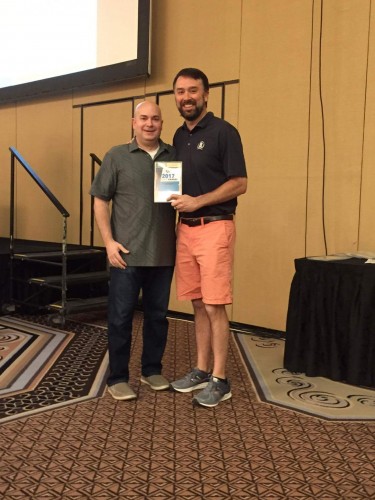 Among Panini’s winning entries: “Card of the Year” for the Ezekiel Elliott #301a from 2016 Panini Contenders Football and “Product of the Year” for 2016 National Treasures Football. The awards ceremony, held at the Flamingo Hotel & Casino, was sponsored by Amazon Sports Collectibles.

DJ Kazmierczak, Panini’s VP/Sales and Product Development, thanked industry retailers for awarding his company with over half of the 15 manufacturer-focused awards. Panini’s other winners: 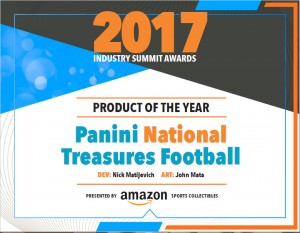 “On behalf of our company, I’d like to thank Beckett Media and the attendees of the Industry Summit for this tremendous recognition,” Kazmierczak said. “We believe that our company embodies the spirit, creativity and passion that has always defined our great industry, and receiving recognition from our industry partners provides affirmation that the intellectual and emotional investment that each and every member of our organization makes truly matters. All during this Summit, we have heard that the industry is as financially healthy as it has been in some time and many of these award-winning products have been key sales drivers over the past year. We take our leadership role seriously and promise to remain good stewards of our proud industry.”