For collectors looking for autographs, 2011 Prime Signatures Football seems to be the place to turn.

Scheduled for a mid-February release with autographs from rookies, veterans and legends, the product is a “re-imagined upgrade of the 2002 Playoff Prime Signatures Football issue,” Panini wrote in a release.

Each box will yield four cards: one autograph numbered to 249 or less, two base cards numbered to 499 or less and one additional base card or insert.

The 261-card base set includes 175 current stars and retired legends as well as 86 rookies.

The Rookie Cards will be autographed, including 36 on-card signatures from the players that attended this year’s NFL Players Rookie Premiere.

Some of the veteran and retired-player autographs in the set include Troy Polamalu, Matthew Stafford, John Elway, Barry Sanders, Dan Marino and Joe Montana.

Check out a gallery of pictures below. 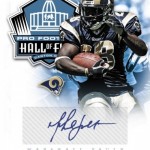 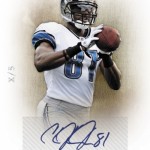 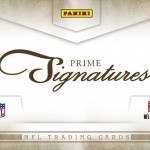 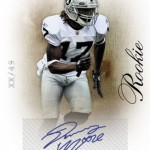 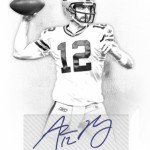 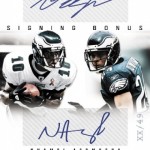