Bryce Harper‘s autograph is one that’s been obsessed about quite a bit in the last few years, but next week it gets even crazier with the arrival of the high-end Topps Five Star brand.

Bryce Harper inscriptions. The NL Rookie of the Year finalist not only signed a selection of cards for the $500-per-pack product but he also added some extra notations that will be pulled by collectors.

Here’s an early peek at the cards … after the jump. 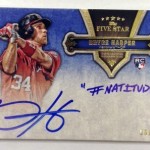 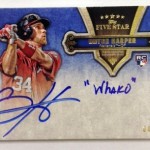 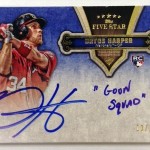 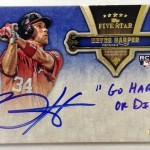 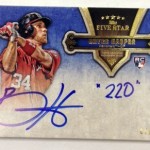 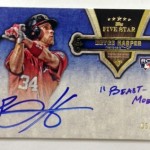 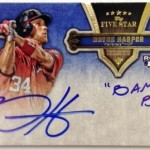 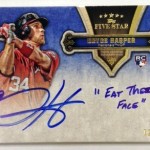 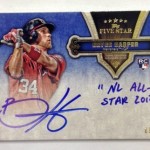 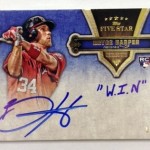 How can this Michael Jordan & Larry ...