The 2012 racing season really kick off with Press Pass‘ Ignite Racing. It’s the first product of the year to feature all new photography from the current racing season.

Danica Patrick will be in her new duds – and appear on NASCAR Sprint Cup Rookie Cards – and Travis Pastrana is making his appearance in Press Pass for the first time in about 10 years.

Beckett previewed the set earlier this year with a quick hit of what collectors can expect. Now there are more pictures and a preliminary checklist to get gear heads ready for when the products hits May 2.

Ignite is a new product in the Press Pass line. Ignite will have a number of memorabilia cards using different types of materials such as firesuits, gloves and sheet metal from cars.

The 70-card base set will feature two rookies: Patrick and Josh Wise. Other drivers to make the set include all the favorites: Gregg Biffle, Dale Earnhardt Jr., Mark Martin, Joey Logano, Jeff Gordon, Tony Stewart, Matt Kenseth and others.

The base cards will also have four color parallels with Cyan (Walmart) and Magenta (Target) being retail exclusive cards. The Yellow (numbered to 10) and Black (numbered to 50) are hobby-only cards.

The memorabilia checklist comes with many of the same drivers found in the base set. Earnhardt Jr., has two memorabilia cards as does Jeff Gordon and Tony Stewart.

Autographs can be had of Kurt and Kyle Busch, Juan Pablo Montoya, Kasey Kahne, Carl Edwards, Michael Waltrip, Martin Truex Jr and more. Of course, the regulars of Earnhardt, Stewart, Gordon and Patrick are on the autograph checklist as well.

There are five cards in a pack and 20 packs in each box. Fans can expect two hits in every hobby box with at least one autograph. Pre-orders of the hobby box are in the $85 range. 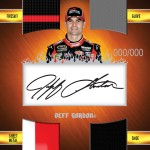 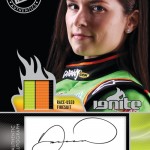 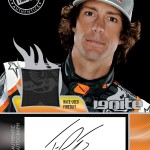 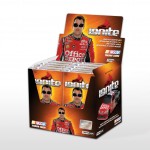 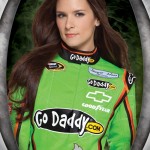 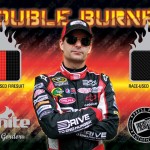 Upper Deck with another installment of Exquisite ...