Back in 1999 Pokemon took the western world by storm with the release of GameBoy Games and, of course, the trading card game. With the release of Pokemon GO in 2016, a huge resurgence happened when many of the fans who were young back then rediscovered the franchise.

This influx has caused many cards from the original series to see huge price increases, especially the 1st Edition Base set Charizard.

A fan favorite, Charizard has always commanded the highest price tag out of the base set with top-grade copies pulling five figures on the secondary market. Recently, a BGS 9.5 Gem Mint 1999 Pokemon 1st Edition Charizard Shadowless Holo sold for $18,000 on eBay. 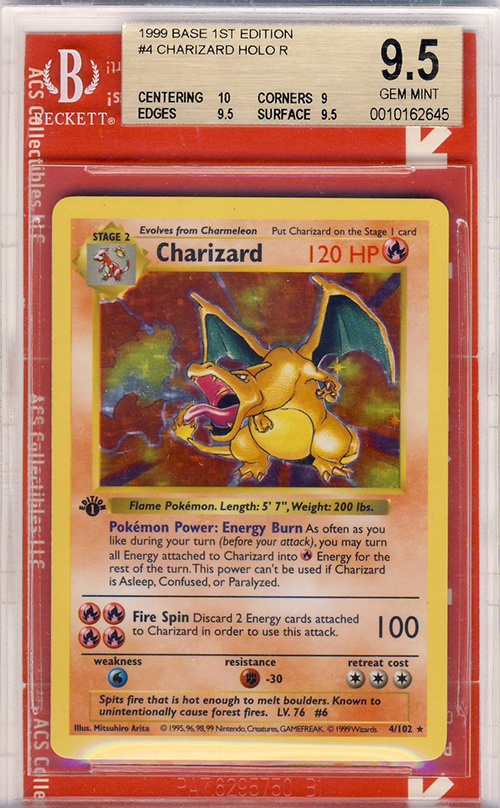 For some perspective, this is nearly triple the amount of what cards of the same grade were selling for two years ago.

While this particular sale is big, it’s not a blip either. For the time being at least, there seems to be no stopping the price increases on many of the older Pokemon cards.