Christian Yelich is certainly making a name for himself right now. And it’s not just because of his striking similarity in appearance to Saturday Night Live star Pete Davidson.

Currently one of the hottest players in the league, Yelich is, arguably, the favorite to win the NL MVP Award. He won this year’s National League Batting Title as well as the league leader in OPS. He hit for the cycle twice, on August 29 and again on September 17, becoming one of just five players to do so.

Yelich won the NL Player of the Month Award for September to closeout the regular season. In his first playoff game, he hit a two-run home run and then scored the game-winning run in the 10th to help the Brewers beat the Rockies 3-2.

Yelich was drafted in the first round by the Marlins in the 2010. He made it to the Marlins mid-way through 2013 where he played well but was overshadowed as far as star power goes by teammate Giancarlo Stanton. Yelich was traded to the Brewers this past off-season and has shone in Milwaukee.

We have definitely seen the impact his performance has had with the increase in demand for his cards. One card that I want to spotlight is one of his from one of the hottest products on the market today, 2018 Topps Heritage. Boxes of Heritage High Number came out just about a month ago and boxes are flying off the shelf. A popular product for its short prints and variations, there are a few options for Yelich. 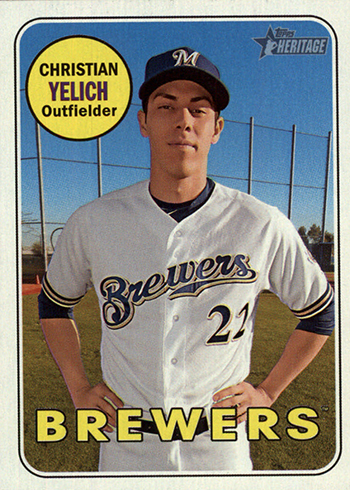 But he also has multiple variations with an Action, a Color Swap, a Throwback and a Trade variation. These are all inserted at varying odds so they can all be found at different price points. Luckily Topps did something a little different with Heritage High Number this year so if you are confused at all, they put a little label under the card number on the back to tell you what variation you got.

His Action variation is the most common, inserted in 1:24 packs and can be found for around $10. 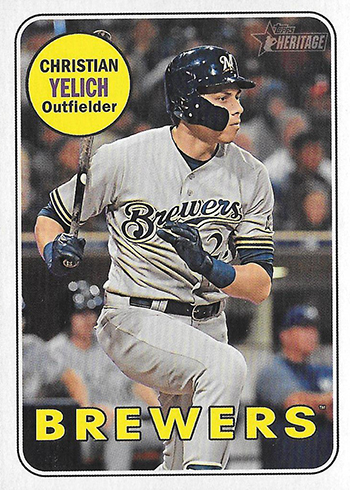 Next is his Team Color Swap variation which is inserted in 1:139 packs and is selling for around $20. 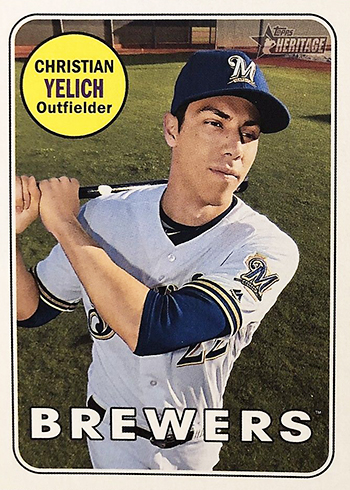 Then you’ve got his Trade variation at 1:831 packs that is also selling for around $20. 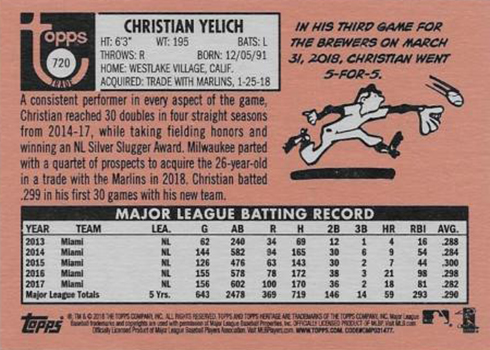 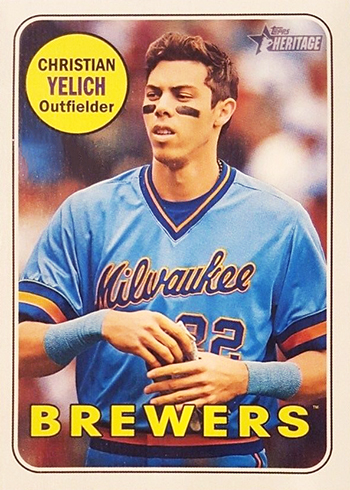 So if you want to find a card of Yelich there are plenty of options in Topps Heritage.

Yelich, who says he is asked almost once a day if he is Davidson, is certainly putting his name up there as one of the best in the game. If he leads the Brewers to a World Series title who knows? Maybe we could see a shift and Davidson will become Yelich’s doppelganger. That’s how all that stuff works, right?