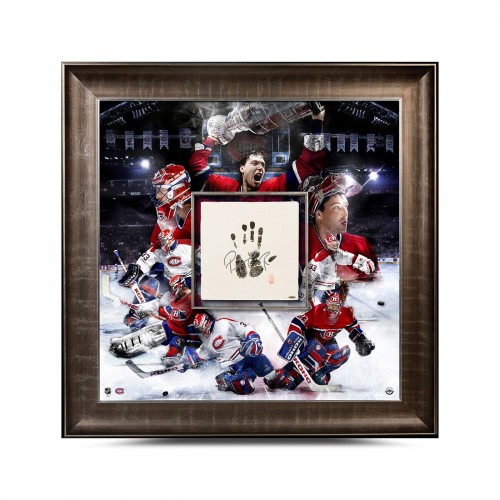 Upper Deck has added another legend to its roster of exclusive signers in Hockey Hall of Fame member Patrick Roy.

An icon with both the Montreal Canadiens and Colorado Avalanche that influenced a generation of goaltenders, Roy will now have a unique collection of signed memorabilia pieces available through Upper Deck Authenticated. The deal also extends to trading cards and his autographs will be found in upcoming 2016-17 releases.

“Patrick Roy is the epitome of a true hockey legend,” said Upper Deck’s President, Jason Masherah, via a press release. “We are honored to be able to offer fans premium collectibles that capture some of Roy’s most memorable moments with both the Avalanche and the Canadiens.” 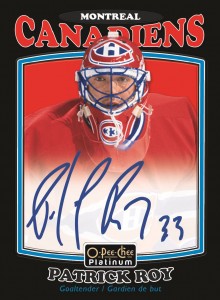 Among the items being produced by Upper Deck under this deal are framed pieces like a Tegata (signed handprint), a large The Show autograph, and a Breaking Through piece which has a puck coming through glass.

Roy, who has collected hockey cards in the past, broke onto the scene back in 1985-86 with the Montreal Canadiens and emerged as the team’s starter on the way to his first Stanley Cup and Conn Smythe Trophy. During the early years of his career, he often shared the Jennings Trophy with Brian Hayward as the NHL’s top tandem and won his first Vezina Trophy in 1988-89.

By the time the trading card industry boomed, Roy was front and center as a hobby star and his autographs from 1991-92 Pro Set Series One were the first pack-inserted certified autographs in the hockey card market. More awards followed and he backstopped the Canadiens to a Stanley Cup in 1992-93. Traded to the Colorado Avalanche during the 1995-96 season, he played a key part in leading the former Quebec Nordiques to the franchise’s first title. Another followed five years later, along with a record third Conn Smythe Trophy.

Upon retiring in 2003, Roy was the NHL’s all-time leader in games played and wins by a goaltender, but has been since surpassed by Martin Brodeur. He was inducted into the Hockey Hall of Fame in 2006 and even coached the Avalanche for a brief period before leaving the club a few months ago.