The autograph checklist features many of the show’s stars, who also added insciptions to many of their cards. Some of the big names included on the checklist are Paul Rudd, Megan Mullally, Fred Armisen and Parker Posey.

Press Pass will release different parallels of the autographs: Silver (unnumbered), Gold (numbered to 99 or less) and Red (numbered to 25 or less). There are also some inscriptions done in red pen.

Rudd has 19 inscriptions in the set. 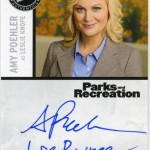 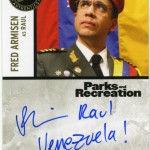 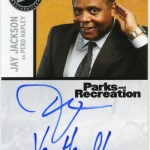 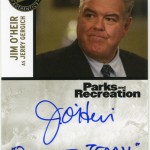 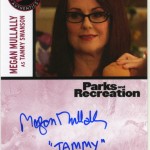 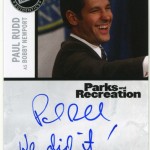 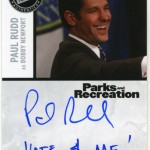 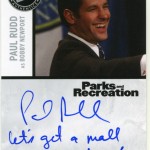 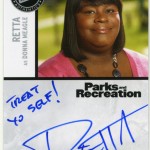 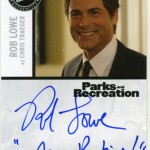 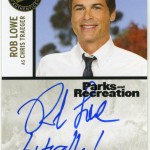