Last night, Panini America officials posted and tweeted out a few forthcoming pulls from 2011 Prestige — offering real-time updates to previously incomplete card designs. Beckett’s own Chris Olds even joined in on the fun by re-posting the realized cardboard along with his first-round  analysis.

Now that round one is done, and the manufacturer has had some time to prepare a few more cards (namely NFL Draft Helmets), we thought we’d  fan the flames for tonight’s riveting sequel.

After the jump is a Panini-provided hotbed of first rounders featured alongside their new mascots — so get to clickin’. 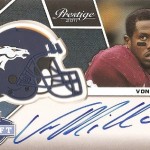 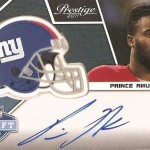 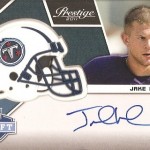 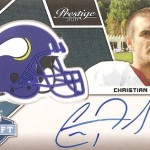 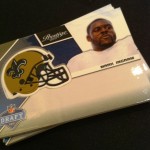 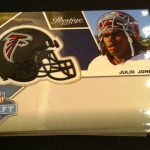 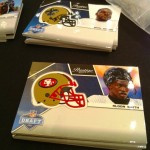 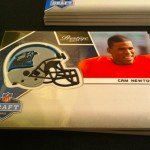 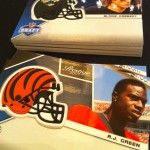 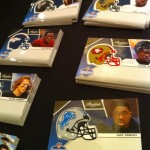