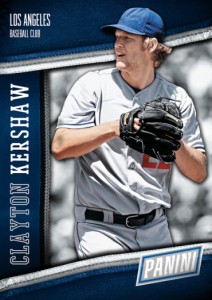 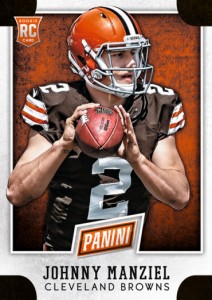 Panini America has given collectors a small glimpse into their plans for the upcoming 2014 National Sports Collectors Convention in Cleveland, Ohio and they will be focusing on the hottest rookies around in addition to today’s brightest stars.

It all begins with a special treat for VIP attendees as they will open up their bags to find a coupon they can take to the company’s booth and exchange it for a special six-card set. This loaded collection features recent NFL draftees Johnny Manziel and Blake Bortles, NBA picks Andrew Wiggins and Dante Exum, along with MLB freshmen Jose Abreu and Masahiro Tanaka.

Last week, Panini also announced a special wrapper redemption program which features a solid mix of star players such as Mike Trout, Russell Wilson and Blake Griffin. The 60-card base set is also enhanced by the presence of rookie cards numbered to 499 along with 10 additional Memorabilia Rookie cards limited to 99 copies each.

The company also plans to make further announcements about additional booth activities and the Panini VIP Party in the weeks leading up to the National.