With the Stanley Cup playoffs underway, hockey fans are undoubtedly gripping armchairs and multitasking with their eyes glued to television sets (do they still call them sets?) at home, in sports bars and wherever the icy action is being aired.

Still in its debut season with NHL products, Panini America continues to make its presence known to hockey hobbyists. While the default home team — the Dallas Stars — for the north Texas-based card company is no longer in the running, Panini America is rooting for the release of its late-summer set.

The four-card gallery (after the jump) is but a mere glimpse at 2010-11 Dominion. Surely, this brand has a few more bells and whistles to brandish before its late-July release — but an early look should establish the high-end appeal here. 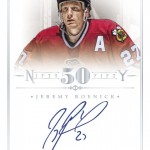 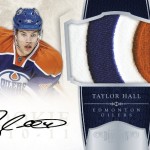 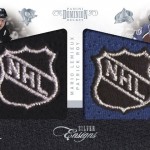 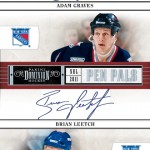