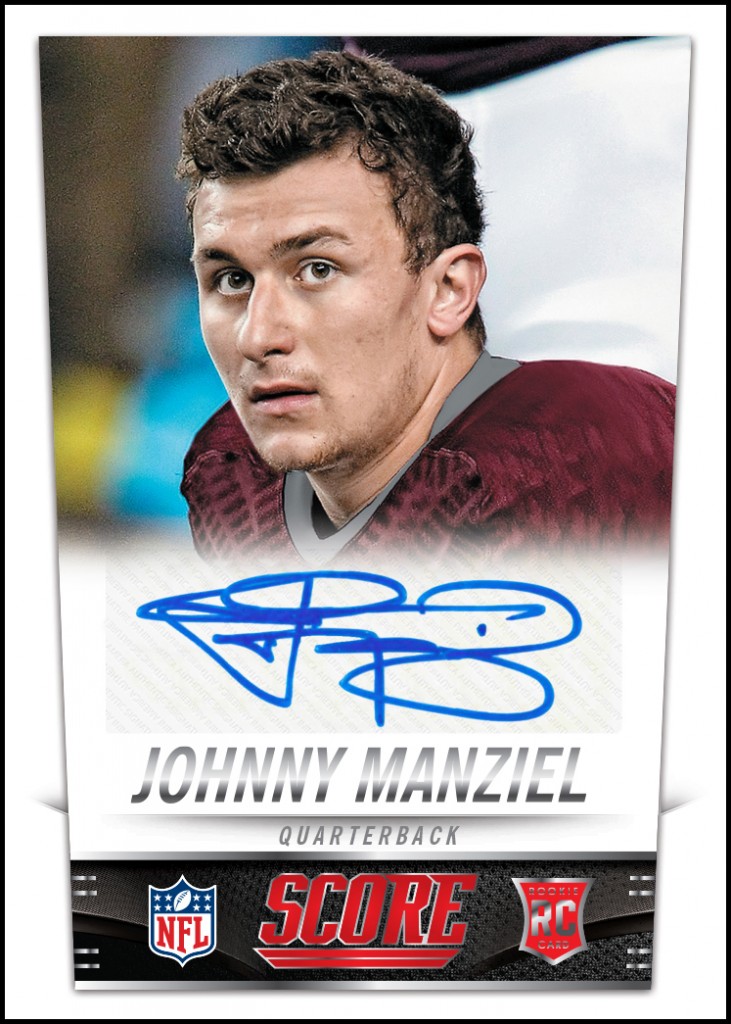 Johnny Manziel has signed an exclusive autograph and memorabilia deal with Panini Authentic, the company announced on Monday.

Panini Authentic is the memorabilia arm of Panini America. It features signed items such as footballs, helmets and jerseys. Manziel joins other exclusive Panini Authentic players such as basketball’s Kobe Bryant, Kevin Durant and football’s Andrew Luck and EJ Manuel.

The deal also includes a multi-year agreement for autographs on trading cards, but that portion is not an exclusive. His first Panini cards will appear in 2014 Score.

“Johnny Manziel is one of the most exciting players to enter the NFL Draft in quite some time and his arrival has been heavily anticipated for years by fans and collectors alike. He’s at the head of a 2014 draft class that will drive trading card sales not just in 2014, but for many years afterward,” said Panini America CEO Mark Warsop in a release. “Making Johnny an exclusive member of the Panini America family has been a top priority for us since he declared for the NFL Draft.”

In 2012, Manziel was the first freshman to win the Heisman Award. He finished his redshirt freshman season with 3,706 passing yards, nine touchdowns, and 1,410 rushing yards and 21 touchdowns.

“I’m honored that Panini America wanted me to be a part of their great team,” said Manziel in a release. “I remain focused and committed to doing everything I can – on the field and off — to be the best quarterback I can be.” 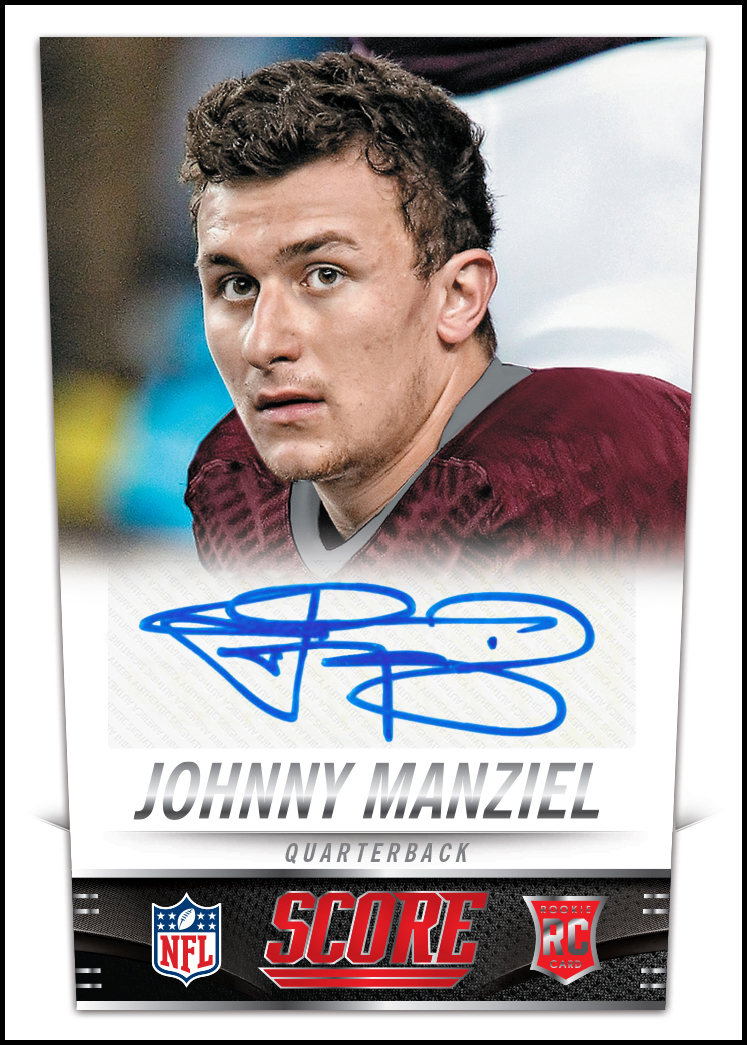 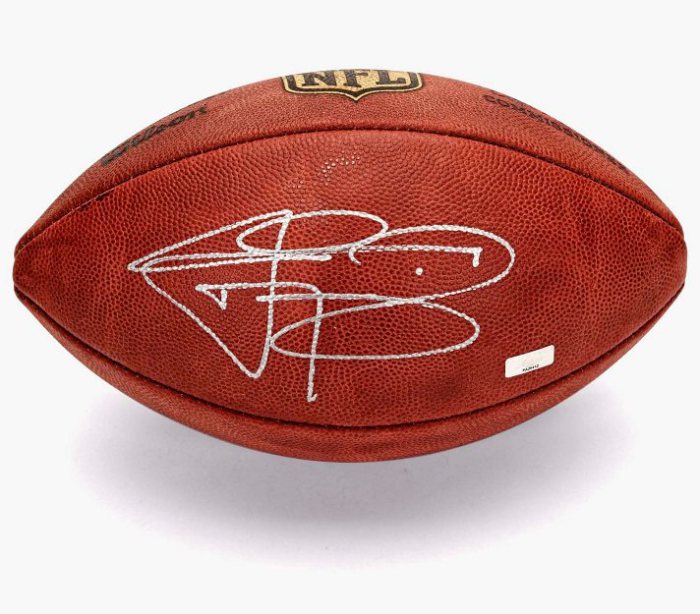