As the hockey world awaits for the owners and NHL Players Association to come to an agreement and avoid a lockout, a couple of hundred people have descended in Toronto for the NHLPA Rookie Showcase.

It was a great way for these groups to get their minds off a potential shortened season.

Much like football and basketball, the rookies for the upcoming season get together for the card companies. They take dozens of pictures and sign autograph cards and memorabilia for Upper Deck and Panini America, the companies with both NHL and NHLPA card licenses for 2012-13.

The Rookie Showcase lasts a couple of days and throughout that time UD and Panini will reveal what collectors can expect from upcoming products.

One of the themes in Panini’s pictures from its blog were player-drawn sketch cards. The company did the same with football and had given away the cards at the 2012 National Sports Collectors Convention in redemption packs.

Some of these cards were popular with collectors, especially Andrew Luck’s rendering of Lucas Oil Stadium where the Indianapolis Colts play.

Panini got the hockey players in the mix this time and it sees as though some of them have shown off their art skills.

Phoenix Coyotes’ Mark Visentin drew cards dedicated to Blink 182. This year’s first-round draft pick Nail Yakupov attempted to draw the Edmonton Oilers logo for his sketch, Dallas Stars’ Jamie Oleksiak did a reasonable drawing of a goalie with a gigantic stick and Florida Panthers Quinton Howden took his task seriously by getting the details right by using a photo from his iPhone.

Many will wonder where these cards will show up, but we’re just not sure yet. However, Panini will certainly let collectors know where they can get their hands on them. 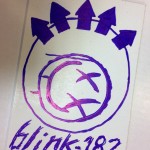 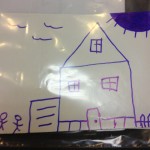 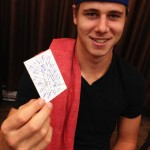 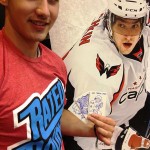 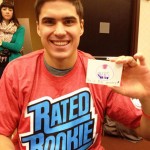 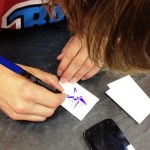 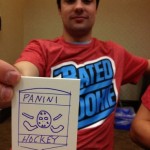 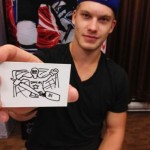 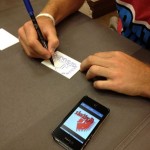 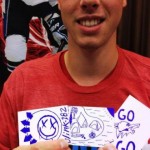