Panini America released the basic box breakdown information and additional preview images for its forthcoming 2011 Playoff Contenders baseball card set on Friday, the second of its MLBPA-approved products and the first to have a deeper MLB player presence inside.

Now scheduled to arrive on Feb. 22, Contenders will include six autographs per 24-pack box with two of those featuring 0n-card sigs. It also will include the first Panini signatures of spokesman Josh Hamilton and NL Cy Young winner Clayton Kershaw. The autograph checklist will include more than 150 prospects — with 50 of those signed on-card — while every 12-box case will include 72 sigs. Meanwhile, each base card and prospect will have a 1/1 Championship Ticket as well as a 1/1 press plate.

Also to be found will be Sweet Signs baseball sigs — trapped leather cuts — featuring past greats such as Stan Musial, Cal Ripken Jr. and Will Clark, while also showcasing some prospects. Lastly, there will be Future Stars Signatures cards featuring prospects primied to make their mark. 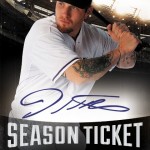 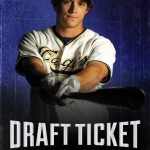 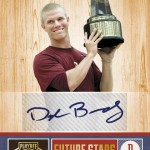 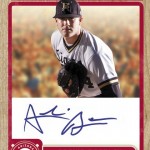 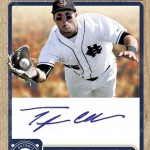 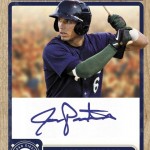 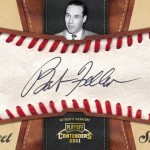 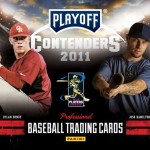 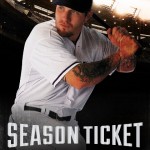