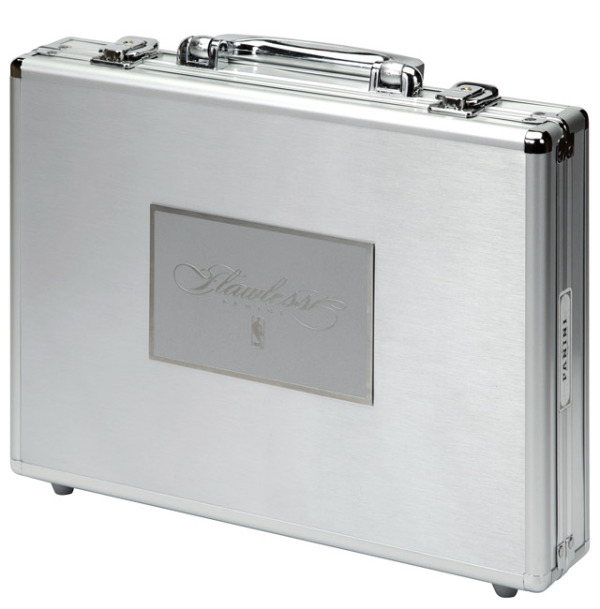 Flawless is coming to the pitch and the college hardcourt.

Panini America‘s most-deluxe brand will have both soccer and college basketball cards coming in the future, the company teased on Tuesday at the Industry Summit in Las Vegas.

A Kentucky Wildcats edition is likely to include stars from the past and the present for the dominating program with the likes of Anthony Davis, John Wall, Pat Riley, Dan Issel, Adolph Rupp, Frank Ramsay and Tubby Smith among the tentative inclusions.

Panini’s World Cup soccer release last year was its most-successful card line since it entered the card market in 2009, according to CEO Mark Warsop.

We’ll have more on these products as they are announced.