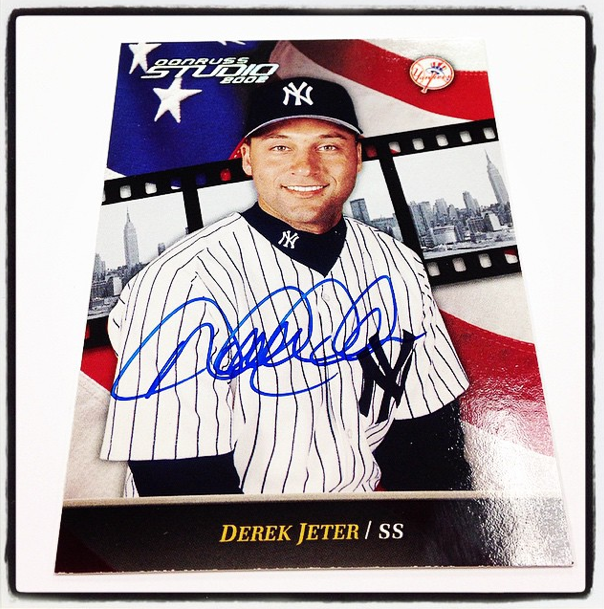 The company teased the fact Saturday morning via its Instagram account with a photo of a 2002 Donruss Studio card bearing the signature of the recently retired New York Yankees shortstop whose next baseball appointment awaits in Cooperstown in five years.

Jeter hasn’t had any new certified autographs in any meaningful kind of volume since 2010 when Upper Deck bowed out of the MLB card market after losing its MLB Properties license and settling a trademark infringement lawsuit. (The company did release Jeter autographs in 2012 SP Signature Edition but those did not show him on the actual cards.)

Details are still to come from Panini, but it’s a possibility that the Jeter autographs will make their debut in the second National Treasures baseball release, which was teased by the company earlier this year but has not yet been officially announced.