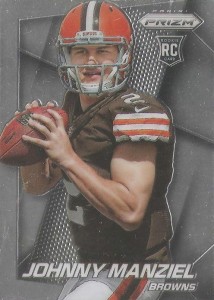 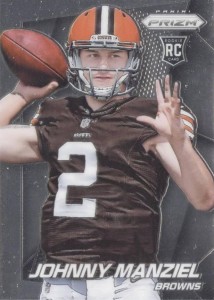 Since Panini Prizm football officially released two weeks ago, collectors and dealers have been speculating on the myriad of photo variations that can be found in the base set and accompanying parallels. While base set photo variations are no longer a new concept, it quickly became apparent that this photo variation situation was quite different.

Instead of just two versions of a base Rookie Card, several of the most important players in the product, guys like Johnny Manziel and Teddy Bridgewater, had as many as five different RCs featuring unique images. Combine that with the fact that more than a dozen parallels were also live, with additional ones set to release later, and you have a variations collector’s paradise. Questions naturally followed about scarcity levels, potential short prints, how many players were involved and how many photos for each player existed.

We’ve thoroughly researched the product and here are our findings:

You can click here for the full set list, but here is the base set variation checklist:

293B A.J. McCarron RC one hand on ball; looking right

235B Blake Bortles RC passing; one hand on ball

216B Mike Evans RC one arm stretched out w/ball