Titanium is back for a second year under the Panini America umbrella.

The five-pack box will feature a hit in every pack with at least one autograph.

Collectors can currently expect to see 2012-13 Titanium on the shelves in late January.

Titanium will have a 100-card base set with up to 100 Rookie Cards (at least 50 hobby-exclusive rookies). There will be at least one Rookie Card in every case numbered to the player’s jersey number.

Hobby is getting a special treatment from Panini. There are hobby-exclusive base designs along with hobby-only inserts. In addition, Ruby and Gold parallels for veteran players (cards are numbered to respective jersey numbers) will only be found in hobby packs.

Hobby Gold Rookie Cards will also be limited and numbered to the player’s jersey card.

Retail is also getting its own base card design as well as 50 exclusive rookies. 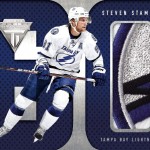 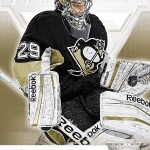 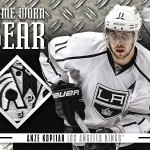 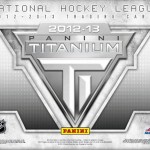 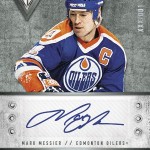 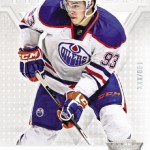 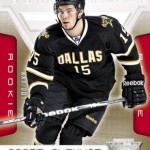 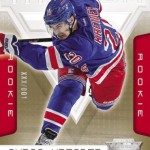 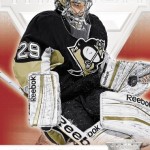