One of the highlights of the NHL season over the last couple of years has been the Winter Classic.

NHL has paired popular teams to play in an outdoor venue for one game. This season, the Detroit Red Wings and the Toronto Maple Leafs are scheduled to play at Michigan Stadium on Jan. 1, 2013 – as long as the lockout is over.

Last season, Panini produced Winter Classic cards, but they were a little harder to get. The company inserted five random cards into packs into seat cushions around Citizens Bank Park for the contest between the Philadelphia Flyers and New York Rangers. The exclusive Winter Classic cards highlighted players from both teams.

Panini is making it easier for fans to get cards now as it seems the cards will be on retail shelves.

One box will get collectors a complete set, which consists of 20 Detroit Red Wings, 20 Toronto Maple Leafs, six alumni cards, three team cards and one checklist.

Susan Lulgjuraj is the editor of Beckett Hockey magazine. You can email her here with questions, comments or ideas. Follow her on Twitter here. 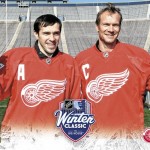 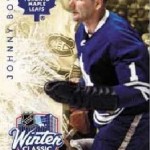 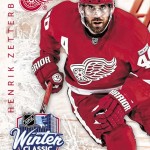 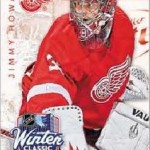 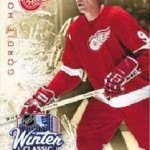 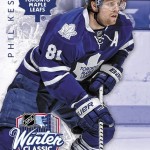 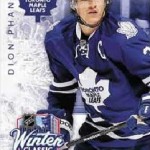 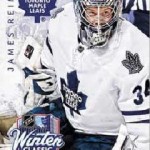