In one of the most exciting football seasons on cards, Panini America is putting together special cards collectors can only get at auction.

“2012 was a truly spectacular year for licensed NFL trading cards, easily one of the best of all time,” said Panini America CEO Mark Warsop. “And we wanted to create a unique and fitting celebration to honor it. That’s what the Prizm Pylon Parallel promotion is all about.”

The auction will run for 30 days with 10 new cards going live each day. The auctions will include all the top players from the 2012 season such as Adrian Peterson, Andrew Luck, Robert Griffin III and Joe Flacco.

And once the auction is finished – it’s time for the 2013 season on cards. 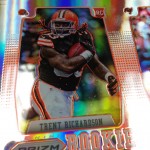 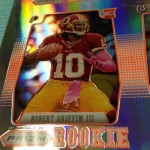 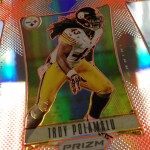 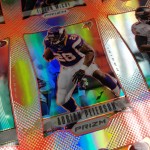