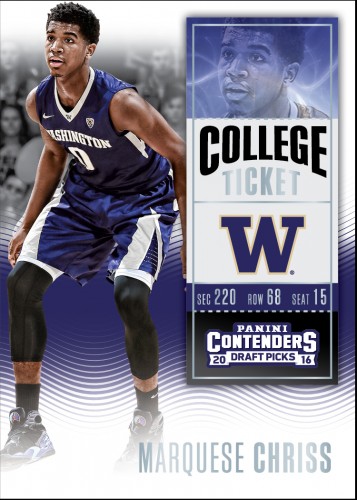 Panini America has announced exclusive autograph and memorabilia deals with a pair of prospects that are set to make a big splash at the 2016 NBA Draft. Both Marquese Chriss and Buddy Hield are expected to be among the top 10 selections and could become hobby sensations in the near future.

Chriss spent last season at the University of Washington and was an honorable mention PAC-12 All-Freshmen selection. Hield spent four seasons at Oklahoma and capped his collegiate career by winning the John R. Wooden Award, the Oscar Robertson Trophy, and Naismith College Player of the Year. 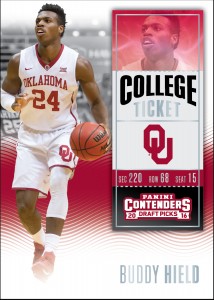 “There’s a lot of excitement surrounding the 2016 NBA Draft Class and these two players are a big reason why,” said Panini America CEO Mark Warsop in a press release. “As we look to the start of a new NBA trading card season and the importance every new rookie crop plays in our success, we can’t wait to get started.”

Collectors will have to wait a few months for the duo’s official cardboard debut with 2016-17 Panini Contenders Draft Picks Basketball, which arrives on store shelves on October 5. Their first mass-market cards in an NBA uniform are slated to come just a week later inside packs of 2016-17 Panini NBA Hoops.

The exclusives for both Chriss and Hield extend to Panini Authentic and its line of signed memorabilia.