After a full year of being back on the ice, Panini’s hockey brands are ready for another round.

Wrapping up with high-end Dominion, the manufacturer will begin the new cycle with value-focused 2011-12 Score. Hockey fans will see the beginner level brand hit shelves in late October — just a few weeks after the revived Winnipeg Jets and the rest of the league takes off again.

Each 36-pack box brandishes high-percentage promises for completing the 500-card base set bolstered by the coveted Recollection Collection — a series of hard-signed cards bought back and autographed by legends like Mark Messier, Steve Yzerman, Patrick Roy and Ray Borque. Hits from current players can be found in the form of Hot Rookies and Score Signatures autographs.

Brand-spankin’ new like First Goal and Making an Entrance cards, others making an entrance include Score B and The Franchise Retro inserts, Stanley Cup Champs and Santa Claus SPs. Panini also quietly revealed that there is one more “super-secret insert” that will be kept secret until further notice. What could it be?

Considering the inclusion of one “Santa Claus,” I’m putting my money on the Easter Bunny.

Stay tuned to Beckett.com to discover the mystery as it is revealed. 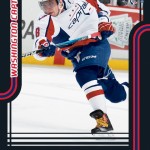 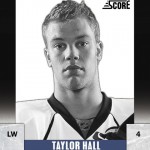 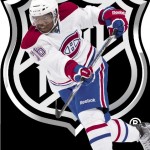 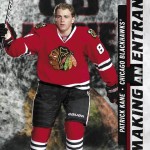