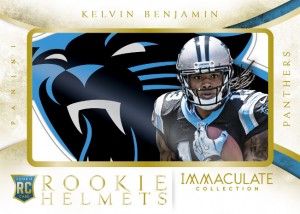 Following the high-end football debut of 2014 Flawless, Panini released more details, and more images, for its Immaculate Collection football brand. Boxes will include six cards and will deliver five autograph or memorabilia cards.

Other inserts will include Pro Bowl, Champions (both autographed), Immaculate Signatures Patches, and Immaculate Fours with four NFL shields on one card (numbered 1 of 1). Immaculate Collection is scheduled to release in late January. See the 10 preview images (renderings) below. 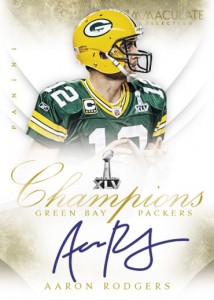 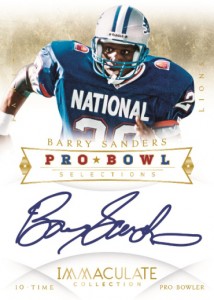 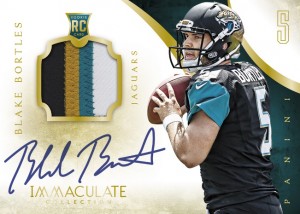 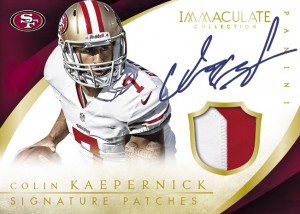 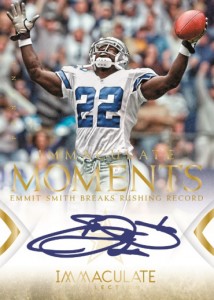 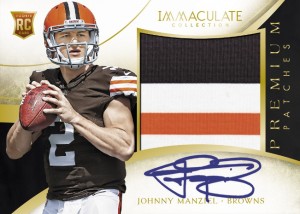 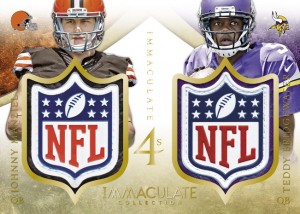 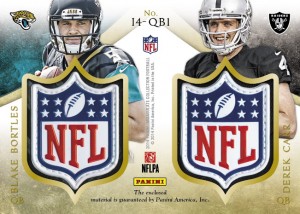 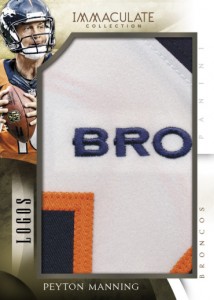