Panini brings back NFL Rookie of the Week promotion Along with Panini America’s Player of the Day promotion, the card company is back with its NFL Rookie of the Week.

Each week, Panini will pick five players who will be nominated for the honor in conjunction with Pepsi Max. Football fans will get to choose from the list who they think should receive the honor.

For now, these virtual cards will be NFL Facebook page each week for fans to pick the winner.

The nominees will be highlighted on a different Panini design each week, starting this week with Score.

Share the image of the Rookie of the Week Nominee you voted for on your Facebook, on Panini America’s Facebook and on Twitter. Be sure to use the #hashtag and mention @to be eligible to win prizes this season.

This week’s nominees include:

Last year, after the promotion was over, Panini created actual cards of all the winners and inserted them into 2011 Totally Certified. Look for something similar to happen again this year. 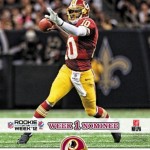 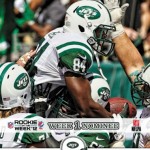 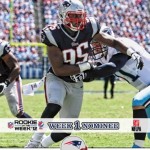 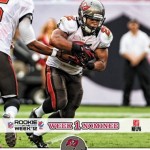 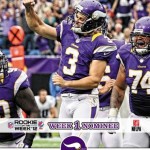 Commentary: Possible issues in some parts of ...