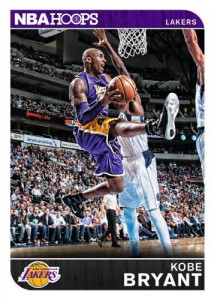 Panini America recently partnered up with the Los Angeles Lakers to offer attendees of the January 29 home game at the Staples Center an opportunity to receive a special six-card set featuring stars from this year’s club.

The arena exclusive utilizes the same design at the 2014-15 NBA Hoops base set, but Panini changed up the photos on cards of Kobe Bryant, Carlos Boozer, Jeremy Lin, Nick Young, Jordan Hill and Julius Randle. Additionally, the full-color backs of the cards have updated biographies and are numbered 1 through 6.
The Lakers came into the game with a 12-34 record and were riding nine-game losing streak. The only player in the set to start that night against Chicago was Hill while Boozer and Lin subbed in later on in the game. Both Bryant (torn rotator cuff) and Young (sprained ankle) are presently injured and Randle has been out of the lineup since the start of the season due to a broken leg.

Hill proved to be the club’s top offensive performer that evening with a 26-point effort and teammate Wayne Ellington helped turn the tide in the second overtime to give Los Angeles a 123-118 victory. Needless to say, fans went home happy that night and hopefully, some of them will become collectors. 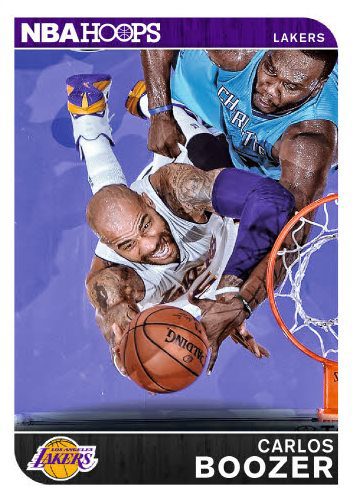 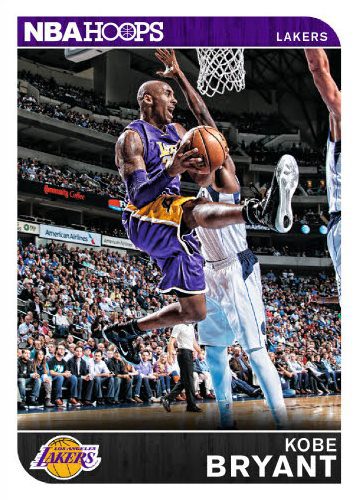 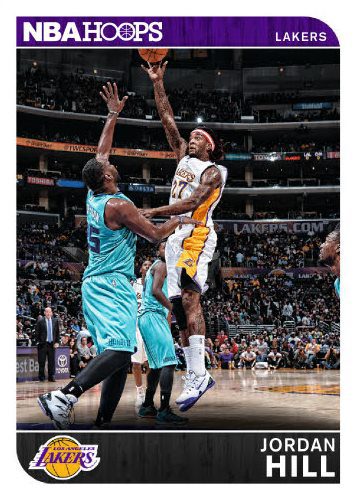 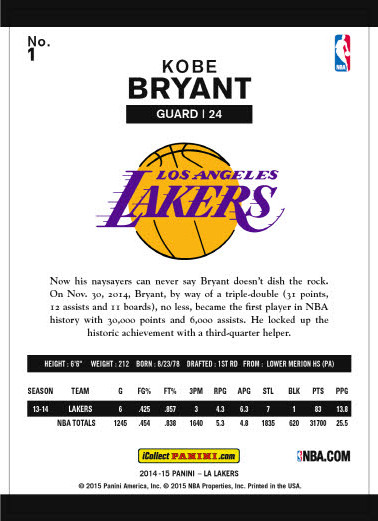 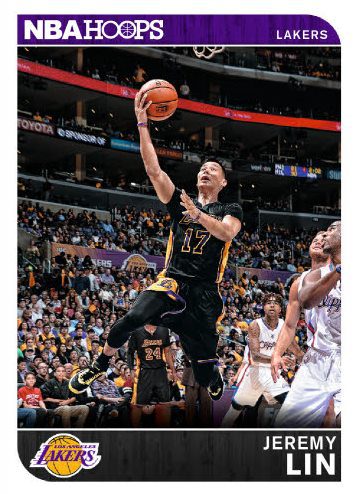 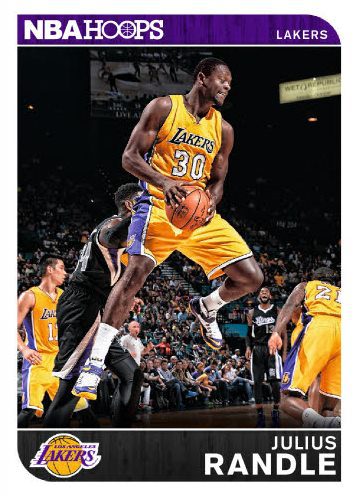 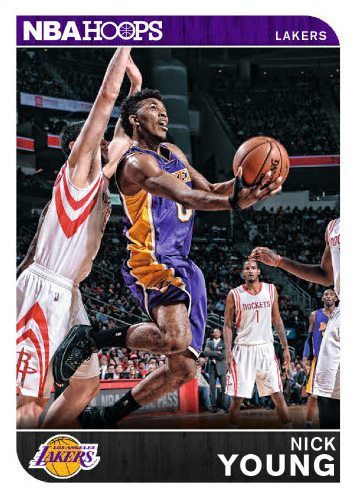