Panini America, the NBA’s lone licensee of basketball cards, is teaming up with the reigning league champion Dallas Mavericks for something new.

A game-used memorabilia and marketing program.

As part of its Panini Authentic line of memorabilia offerings, the Texas-based collectibles company will be creating limited edition memorabilia pieces from last year’s NBA Finals while also selling game-used memorabilia and promoting NBA cards and memorabilia at American Airlines Center where the team plays. It’s the first team-focused deal for the memorabilia company. (Need a checklist of every Mavericks card ever made or an OPG? Click here.) “We are pleased to announce the partnership with the Dallas Mavericks and our Panini Authentic group to bring Mavericks championship memorabilia and 2011-12 game-worn uniforms to collectors and Dallas Mavericks fans,” said Panini America CEO Mark Warsop in a prepared statement.

As part of the deal, players’ game-worn jerseys, uniforms and other memorabilia will be sold to the public via Panini Authentic with items authenticated as they are under other athlete’s deals with the company.

“We were impressed with Panini Authentic’s commitment to authenticity and their ability to reach our most avid fans to deliver our game-worn memorabilia,” said Dallas Mavericks Owner Mark Cuban in a statement. “Our fans should be excited to have access to these exclusive items. We look forward to a great partnership with Panini.” 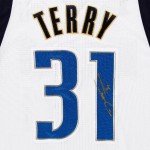 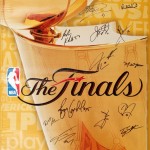 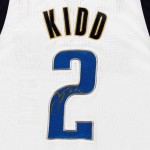 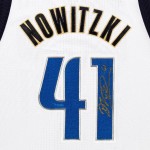 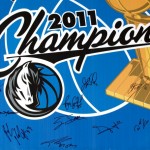 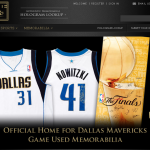