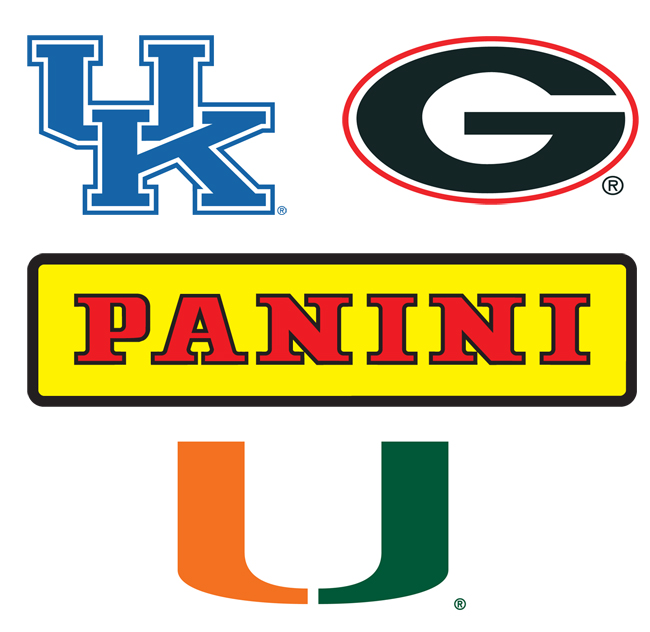 Panini America is going back to school.

The card company has signed exclusive deals with three major universities — the University of Georgia, the University of Kentucky and the University of Miami — and will use their trademarks in upcoming card products that include NBA, NFL and MLBPA releases. According to a company release, there will be more schools’ deals announced soon.

“This is a significant announcement not just for us, but for the entire trading card industry,” said Panini America CEO Mark Warsop in a prepared release. “Some of the most-collectible players that we work with across all sports are closely associated with these three universities and we’re genuinely excited to be able to honor their collegiate accomplishments in our products.”

Upper Deck had previously locked up a college exclusive in 2010 with a Collegiate Licensing Company deal, which prevented all other companies from using college trademarks in their products.

This new deal will commence with this year’s NFL brands, the forthcoming NBA brands and all 2015 baseball brands from Panini America.

“College sports fans are some of the most rabid and loyal fans on the planet,” said Jason Howarth, Panini America Vice President of Marketing. “We are looking forward to creating meaningful marketing activations with our collegiate partners to establish a deeper connection to college sports fans and the universities they root for.”

Welcome to my jungle, Axl