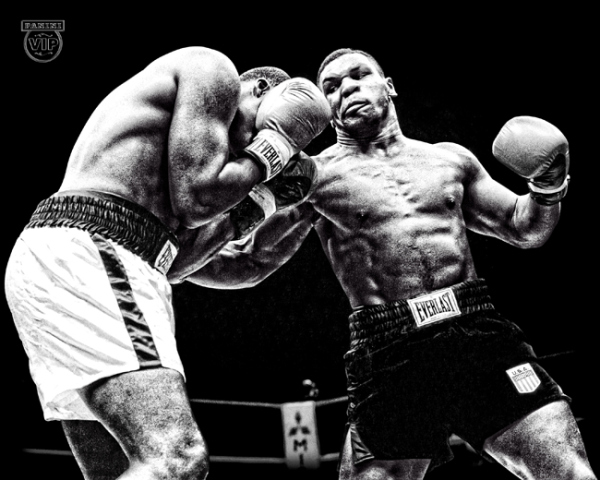 He’s been the world heavyweight champ, had a Hangover, joined the WWE Hall of Fame, a man who forever changed video games and is “the baddest man on the planet.”

Tyson is the latest addition to a roster that includes Kareem Abdul-Jabbar, John Smoltz, Pete Rose and Ricky Williams, among others, for a Saturday night event attended by those who spend $7,500 on a list of selected products on the show floor from a selected list of dealers.

Young collectors get the spotlight in Panini ...