Collectors buying retail packs of 2013-14 Titanium Basketball will notice something different from its hobby counterpart.

Along with a configuration of one pack for $20, there will be five different versions of Titanium Rookie Memorabilia cards. Each retail pack will come with two of these cards, two base and one numbered star or Rookie Card, Panini announced on Wednesday.

The top 20 rookies will be featured on the different Titanium Rookie Memorabilia card designs with the fifth card being short-printed. 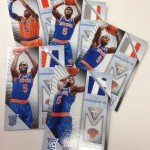 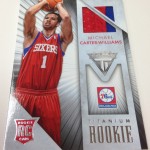 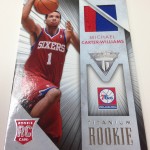 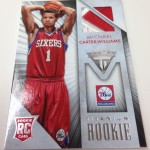 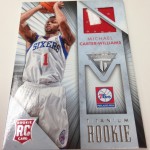 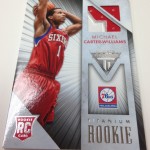