Black Friday is a shopper’s dream with bargains galore at every mall and major department store.

Over the last few years, card companies and hobby shops have been getting involved with the day-after-Thanksgiving bonanza, which has became famous for door-busting deals.

Along with a base set of Black Friday cards offered in a redemption program, Panini is offering pieces of pylons from Super Bowl XLV. The Packers won that game 31-25 over the Pittsburgh Steelers.

These pylons will only be offered by Panini as part of the Super Bowl insert with the Black Friday promotion as event-used memorabilia cards.

Many of the cards in the set will be centered around Super Bowl MVP and Packers quarterback Aaron Rogers with his autograph and pieces of the pylon embedded in the card.

Over the next week, Panini will offer more information regarding its Black Friday promotion, including participating dealers. 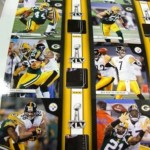 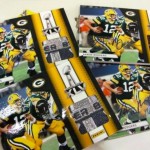 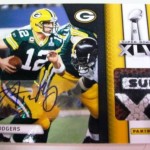 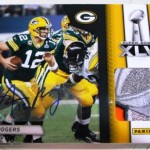 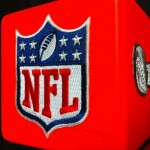 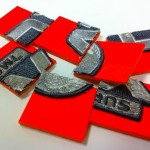