Topps Heritage is back in a few days.

Year in and year out, Topps Heritage is one of the most popular brands when it comes to baseball cards. Heritage takes collectors back in time, using designs from decades years earlier.

Last year, Heritage was designed based off of 1969 Topps, home of the Reggie Jackson RC. 2018 Topps Heritage soared at its release, thanks in part to some of the first Shohei Ohtani MLB card to come in pack form.

High prices for several key cards have continued in the last year. Here are some notable recent sales from the main 2018 Topps Heritage release (not including the later High Number update). 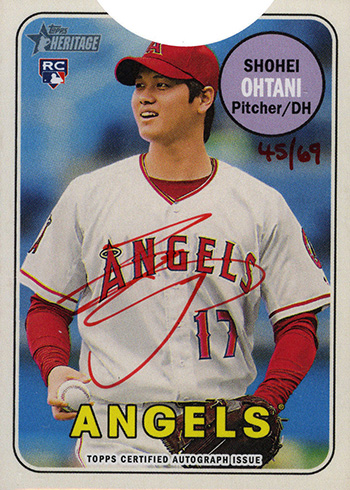 Some of the favorite cards in Heritage are the variations. From the Action Variations to the Color Swap Variations, the variations are plentiful every year. The most popular variation set (and one of the rarest at 1:6,573 hobby packs) tends to be the Throwback Variations. Put Mike Trout on one and you’ve got a big card, even without an autograph. 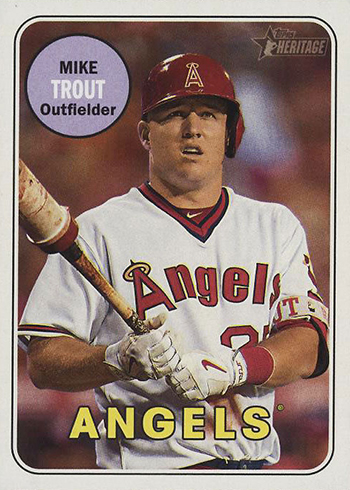 With odds at 1:50,906 to find one and just five copies each, these Triple Autographs are tough to find. This one was originally an exchange card so Topps could get all the signatures on-card. This copy sold for $900 on January 12. 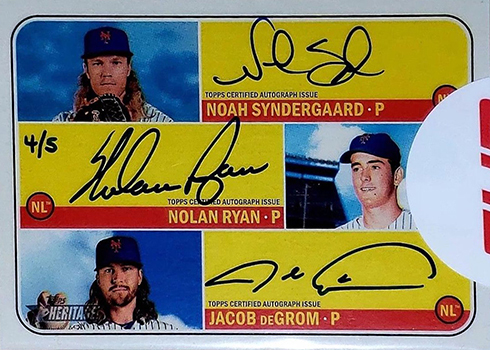 Another difficult one to pull, this one-of-one contains a cut signature of Yankees great and former single-season home run record holder. Maris had his number 9 retired by the Yankees and also has a plaque in the famed Monument Park. Many argue Maris deserves a spot in the Baseball Hall of Fame. Either way, Maris is popular with collectors. This cut signature sold for $800 on February 11. 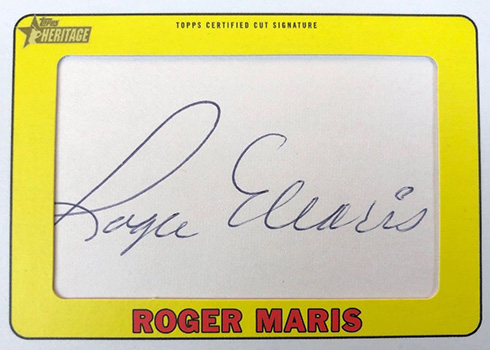