This time around, we focused on some cautionary tales.

Rookie cards have always been a driving force in the sports card industry, and a player’s stock always soars during a debut that ends in Rookie of the Year honors. However, a standout rookie season is no guarantee of future stardom.

With that in mind, what follows is a look back at nine Rookie of the Year winners from the last 40 years who failed to parlay their award-winning season into long-term success.

A knee injury to veteran slugger Andre Thornton prior to the 1980 season opened the door for Joe Charboneau to break camp with a starting spot in the Cleveland outfield, and he responded by hitting .289/.358/.488 with 23 home runs and 87 RBI.

Between a back injury that required surgery, a trip to the minors amid sophomore struggles, and the 1981 strike, he played just 70 more games at the MLB level before his promising career was over at the age of 26.

His first cards didn’t come out until after he won Rookie of the Year honors, and they were a hot commodity in their day. 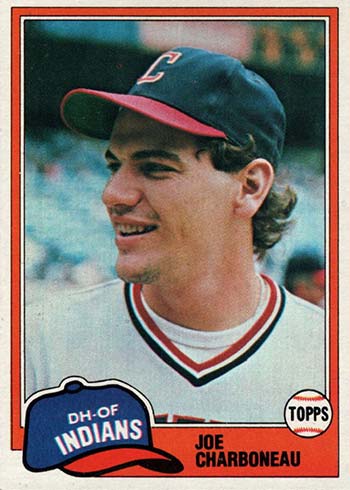 A second-round pick in 1986, Jerome Walton broke into the majors with a 93-win Chicago Cubs team that won the NL East title in 1989.
He hit .293 with 24 steals and 64 runs scored in 114 games while serving as the team’s primary leadoff hitter, beating out teammate Dwight Smith for NL Rookie of the Year. 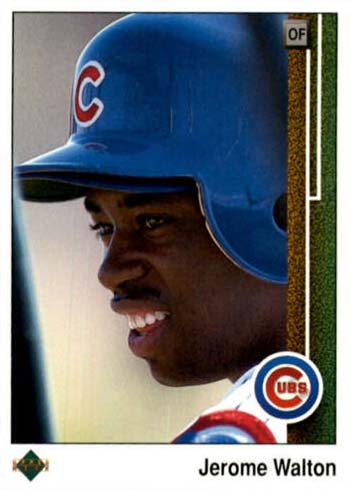 Pat Listach hit .290 with a .352 on-base percentage, 54 steals and 93 runs scored for a 92-win Milwaukee Brewers team in 1992, edging out fellow speedster Kenny Lofton for AL Rookie of the Year.

A knee injury sapped Listach of his speed the following year and he was never the same. He hit .231/.299/.290 in 354 games in five subsequent seasons before hanging up his spikes.

He had nine different Rookie Cards, including inclusions in the Fleer Update, Score Rookie/Traded and Topps Traded sets, but his 1992 Bowman rookie gets the nod for our collection. 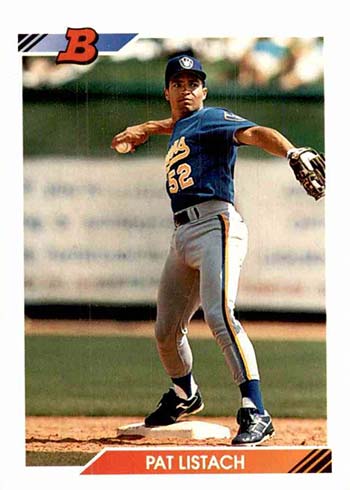 Injuries limited Hamelin to 161 total games the next two seasons, and then he joined the Detroit Tigers in free agency. He ended up playing just six MLB seasons, posting a 97 OPS+ in the years following his stellar rookie performance. 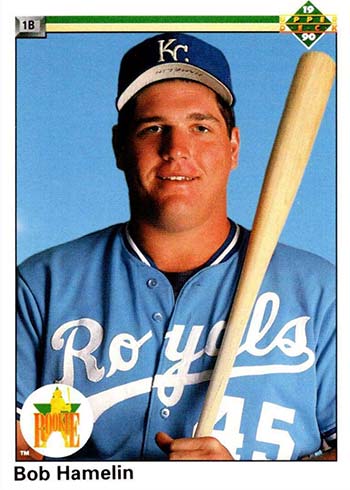 That briefly made his lone Rookie Card hobby relevant, but he never took the next step toward stardom and went on to post a 104 OPS+ and 7.7 WAR in nine seasons. 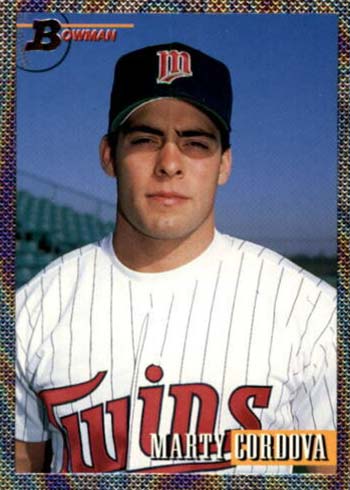 He has eight different Rookie Cards, including an autographed one in the 2001 Leaf Limited set, but we stuck with his basic Bowman Draft rookie for this collection. 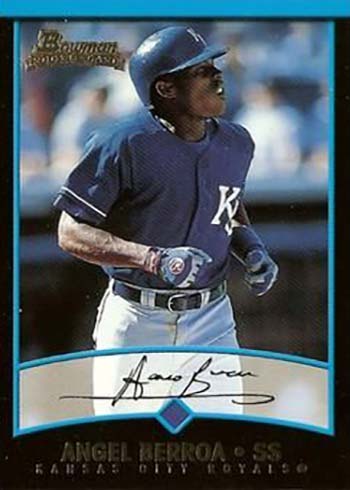 Bobby Crosby was the No. 25 overall pick in the 2001 draft, and he was tasked with replacing the departed Miguel Tejada at shortstop during the 2004 season.
He hit .239 and struck out 141 times in 151 games, but his 34 doubles, 22 home runs and solid defense were enough to earn him the AL Rookie of the Year nod over Chicago White Sox reliever Shingo Takatsu. The A’s gave him a five-year, $12.75 million extension following his rookie season, but his limited on-base ability and a handful of injuries kept him from taking the next step.

The 2001 Bowman Draft card is his only Rookie, and it fetched a pretty penny at the peak of his Rookie of the Year run. 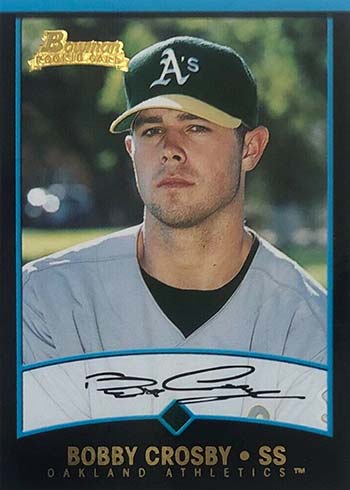 With Dontrelle Willis and Hanley Ramirez having already won the award earlier in the decade, Chris Coghlan gave the Florida Marlins their third NL Rookie of the Year during the 2000s.

He hit .321/.390/.460 with 46 extra-base hits to finish sixth in the NL in batting average and beat out Philadelphia Phillies lefty J.A. Happ in the balloting. A torn meniscus in his left knee cut his sophomore season short, and injuries piled up from there. He popped back up as a solid contributor for the Chicago Cubs in 2015, but never regained his rookie form.

Despite being a first-round pick in 2006, he was featured in products until 2009 when he had seven different Rookie Cards. 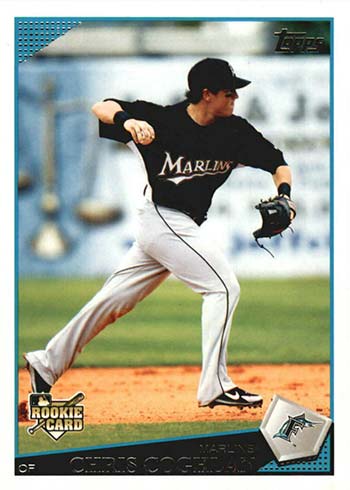 There’s still time for Michael Fulmer to right the ship and pitch his way out of inclusion in this collection, but the recent returns have not been promising.
Acquired from the New York Mets in the Yoenis Cespedes blockbuster at the 2015 deadline, Fulmer debuted the following year and went 11-7 with a 3.06 ERA in 159 innings to beat out Gary Sanchez for AL Rookie of the Year.

He was an All-Star the following year, but injuries and ineffectiveness have followed. He’s gone just 3-14 with a 5.40 ERA in 34 starts the past three seasons, missing all of 2019 recovering from Tommy John surgery. He’ll be just 28 years old on Opening Day, so there’s still time. 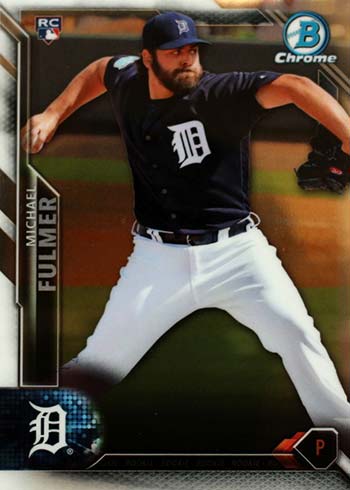 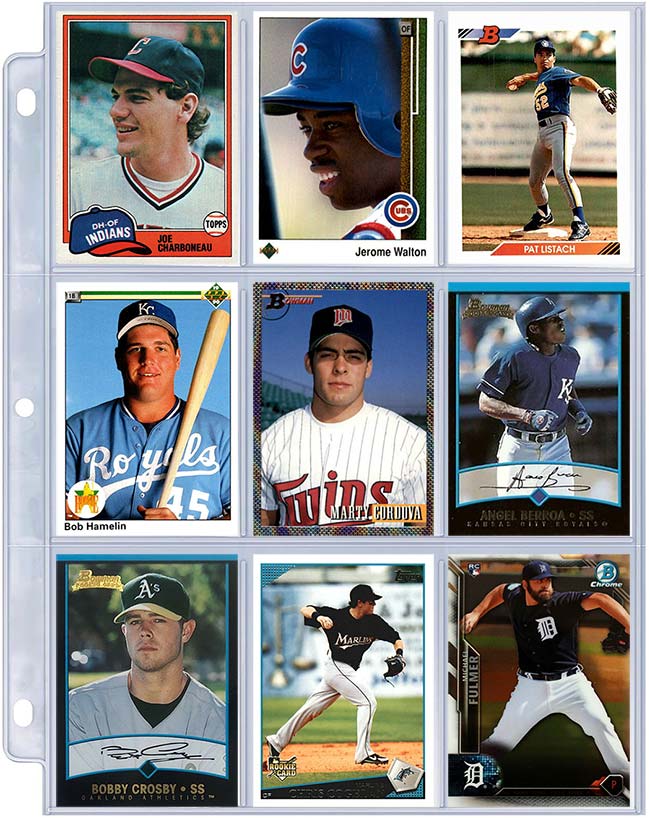