On This Day: Legendary Tigers Debut Together – Beckett Pricing Insider

On September 9, 1977, Detroit Tiger manager Ralph Houk made two young prospects’ major league dreams come true. Little did Houk know that the pair would spend the next 19 years together and become one of the greatest double play tandems in history. More important, the pair would forever be remembered as Tiger legends. 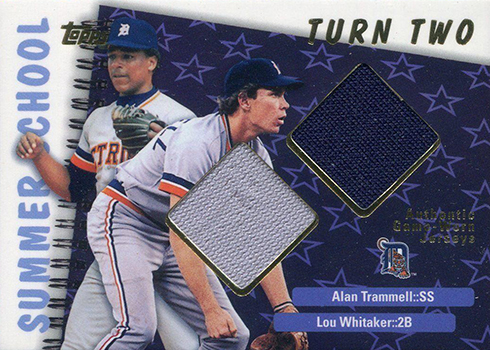 Alan Trammell, the Tigers second baseman that day, was just nineteen-years old. In what would be an 8-6 loss to the Red Sox at Fenway Park in the second game of a doubleheader, Trammell went 2-3 with a pair singles. 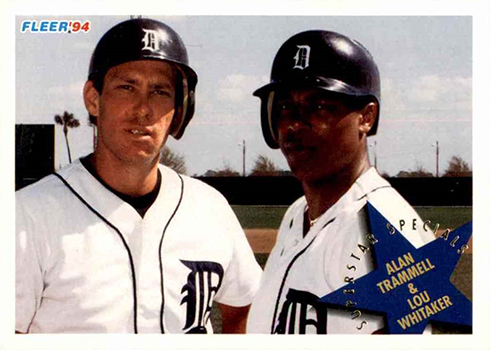 At short, the Tigers started the 20-year-old Lou Whitaker, who had an even more impressive debut going 3-5 with a double, RBI and stolen base.

Trammell would end his 20-year Tiger career as a six-time All-Star, four-time Gold Glove winner, three-time Silver Slugger, as well  as the owner of both a World Series ring and World Series MVP Award. He was recently enshrined in Cooperstown. 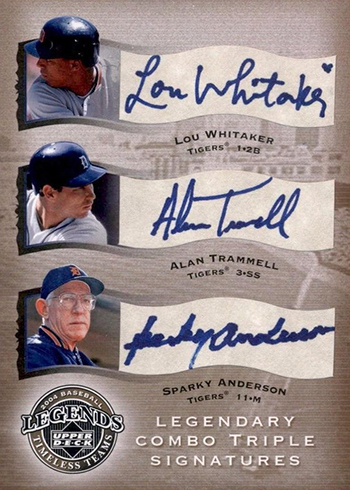 Whitaker would win the American League Rookie of the Year Award in 1978 and play for the Tigers for nineteen years. During that time, he appeared in five All-Star games, earned four Silver Sluggers, three Gold Gloves, and a World Series ring in 1984. 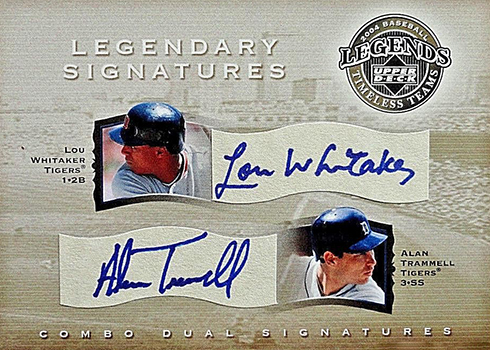 Trammell and Whitaker appear together on seven cards – and one restaurant placemat– in the Online Price Guide with values ranging from $0.30 to $200.

Here’s a quick look at what they’ve got along with their values: