Now you can be one of the Garbage Pail Kids Have you ever pictured yourself as a character from Garbage Pail Kids? Stinky Sam or Tearful Theresa?

Topps is giving GPK fans a chance to become an authentic character in a future release.

In October, an original GPK series will be released, which was announced on Beckett in April with a slate of photographs. Golden tickets will be randomly inserted into the new product for lucky winners.

The new release will include 110 base stickers that will come with several different parallels. In addition, there will be at least three different inserts.

One of the inserts includes a favorite from through the years. Adam Bomb is back, but this time he will be in 10 different historical settings. There will also be motion cards, sketch cards signed by the artist and Mix N’ Match stickers.

GPK will be available in hobby and retail, but hobby will get some exclusives: eight bonus stickers, black-bordered parallels and printing plates.

Each pack – 24 packs in a box – will contain eight stickers (seven base and one gross green fluorescent parallel). The inserts will be randomly inserted into packs. 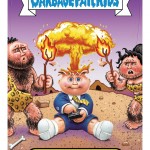 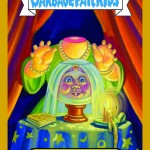 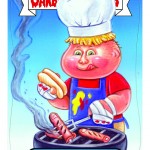 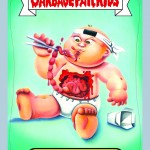 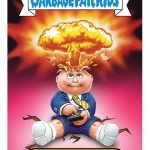 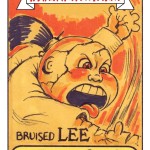 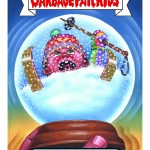 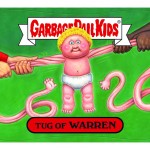