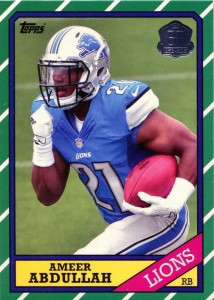 With NFL Week 1 in the books, we look at how the heralded 2015 rookie class faired in its first official pro action.

The spotlight was on the Heisman quarterback matchup of Marcus Mariota (October Beckett Football cover boy) and James Winston. The top two picks in the draft both started for their teams, and both threw multiple touchdowns. But it was Mariota who shined with a conservative but nearly flawless game. He went 13-of-16 for 209 yards, four touchdowns and no interceptions in a 42-14 dominating win. Winston struggled at times but did throw two touchdowns that were matched with two picks.

The top rookie running back was Detroit’s Ameer Abdullah, who scored a touchdown on his first NFL carry. A sign of many great things to some? Collectors are hoping so since Abdullah’s cards were heating up though the preseason. He had seven carries for 50 yards (7.1 yards per carry) while adding 44 receiving yards. Expect to hear a lot more from him. 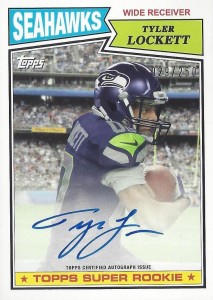 Bills back Karlos Williams was also impressive with six carries for 55 yards and a touchdown. For comparison, starter LeSean McCoy ran for 41 yards on 17 carries. With Buffalo still working in starting QB Tyrod Taylor, expect plenty of carries from the group of runners.

Melvin Gordon, the second running back drafted, also made an impact with 51 yards on 14 carries, but he did lose a fumble. The receivers were fairly quiet, but Amari Cooper, who is the No. 1 target for the Raiders and Derek Carr, caught five passes for 47 yards.

Receiver and kick returner Tyler Lockett returned a punt for a touchdown for the Seahawks. And on defense, Kansas City first-round pick Marcus Peters was the top rookie performer with seven tackles, four passes defended and one inception as the starting corner back.

Which rookies were you most impressed with after Week 1? And who are you considering adding to your collection? Comment below.