The NFL Players Rookie Premiere wrapped up Saturday with players running around the field in their full NFL uniforms for the first time at the Rose Bowl in Los Angeles while getting their photographs taken in various poses.

These are the images that collectors will get to see on a number of football cards this season.

It’s a busy and long day for players and card companies. Besides taking the photos under the hot sun in their uniforms, players are trying to catch up on the rest of their autograph duties.

The Rookie Premiere is vital to Panini America and Topps for the upcoming season. Without this three-day session, the companies likely wouldn’t have rookie autographs in their earliest products – or maybe many products at all during their first year. Photos might even be a bit iffy for the first couple of products, which comes out before the start of the regular season. That means no action shots from NFL games and instead Photoshopped college photos. So, the posed photos are very important going forward.

Some of the fun from the Rookie Premiere was shared by the companies with a non-stop stream of posts on social media sites. Twitter and Facebook took the bulk of the frenzy as several people from Topps and Panini tweeted from the event. They posted photos of athletes, videos with interviews and retweeted many of the players from the event.

For any fan that wasn’t at the Rookie Premiere – that’s pretty much all of you – it provided a great way to get inside the festivities.

So while the Rookie Premiere is over, the results of the event will be far-reaching.

Take a look at the gallery from the last day of the Rookie Premiere the companies released. 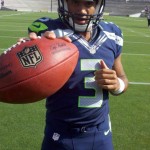 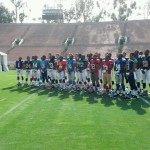 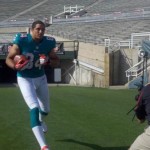 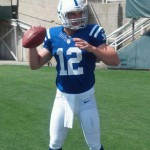 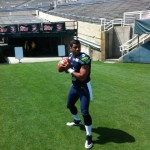 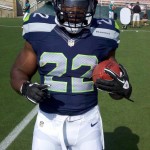 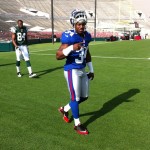 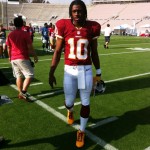 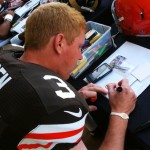 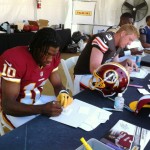 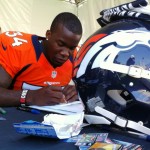 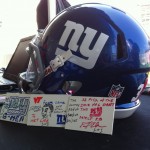 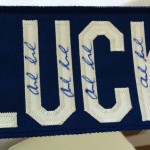 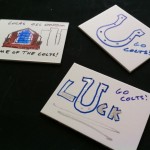 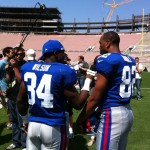 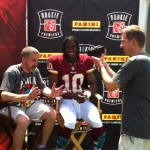