The 28th series of McFarlane Toys‘ MLB SportsPicks figures arrives next month with several first-time figures and a few veterans with their new teams.

Oh, and more than a few members of the Boston Red Sox.

Among the first-timers with figures are Atlanta Braves slugger Jason Heyward, reigning NL Rookie of the Year Buster Posey of the San Francisco Giants and Los Angeles Dodgers outfielder Andre Ethier (no offensive fingers this pose). Rounding out the list are veterans Carl Crawford, Adrian Gonzalez and Daisuke Matsuzaka in their Red Sox uniforms and Cliff Lee as a Philadelphia Phillie.

The remainder of the lineup includes Kevin Youkilis — the fourth Boston player in the 11-player lineup — Ryan Howard, Mariano Rivera and David Wright, who have all previously appeared as toys.

See more images after the jump. (Click for a closer look.) 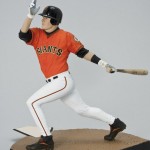 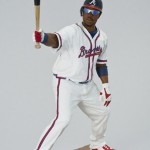 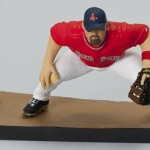 Apocalypse tomorrow? Which card will you take ...