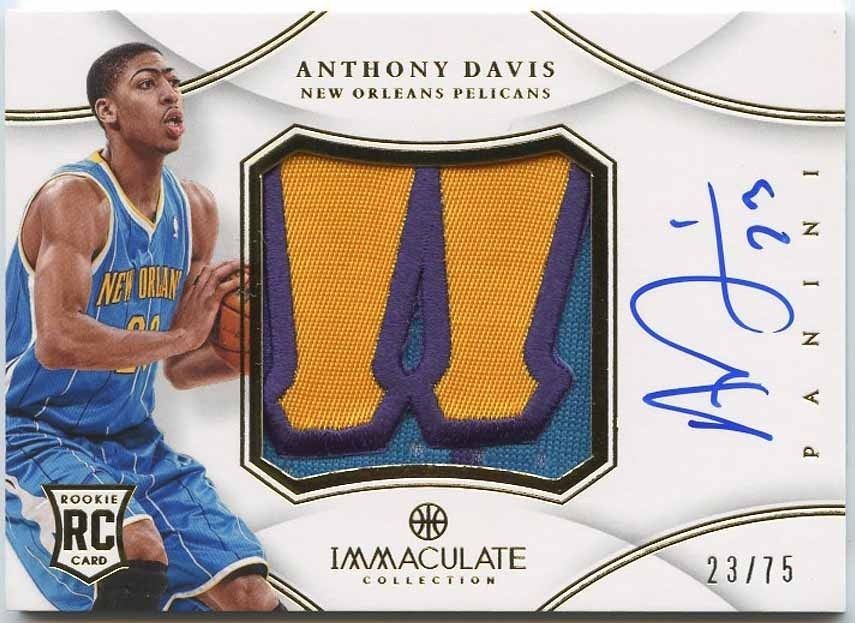 When Anthony Davis is playing, you can’t look away.

His facial hair draws you in first, the most famous unibrow since Bert of “Sesame Street” fame.

You keep watching because of his talent, a unique blend of tough interior play with a shooter’s finesse. He carries a bit of Dirk Nowitzki’s court presence.

youngest player to do so since they started keeping track in the 1970s. He also finished among the leaders in double-doubles, points and rebounds.

Davis’ success – coupled with teammates Eric Gordon and Jrue Holiday – gives the Pels optimism for upcoming seasons. These guys aren’t winning yet, but they could be soon, with Davis as the keystone.

Injury-prone, maybe. He battled injuries to his hand, back, finger, shoulder and ankle last season. But soft? Nope.
The Brow has had an interesting rise to stardom, from an under-the-radar Chicago prep player to AAU supernova.

One season of college ball followed, with Davis helping Kentucky to the title in 2012. He set the NCAA freshman blocks record with 186, on his way to being named a first team All-American.

Then it was onto the pros. New Orleans selected him number one overall. The team was nicknamed the Hornets then.

Davis showed flashes of brilliance during his rookie season, averaging 13.5 points and 8.2 rebounds per game. But he also missed time with a concussion, ankle injury and MCL sprain. The 2013-14 season saw him shouldering more of the team’s responsibility, embracing his go-to role.

His numbers improved in every major category, with Davis averaging 20.8 points, 10 rebounds and 2.8 blocks per game last season.

He was awarded with his first All-Star selection in February.

His breakout game came the following month, a March 16 contest against the Celtics. Davis penetrated the paint and floated jumpers from outside, dunked in transition and grabbed the boards. For most players, the display could have served as an adequate career highlight reel.

For Davis, it happened in the same game, for a final stat line of 41 points and 20 rebounds, the youngest NBA player to achieve a 40/20 game in the NBA since Shaquille O’Neal in 1993.

His 39th and 40th points were his most impressive of the game. With seconds remaining, a tie game, a hand in his face, Davis sank a clutch jumper from the top of the key. New Orleans later won the game in overtime, 121-120.

His Rookie Cards appear in 2012-13 products. The double rookie class also features breakout players Damian Lillard and Kyrie Irving, making it one of the deepest RC lineups of the past two decades.

Again, range is the key. Some of his Rookie Cards sell for a few dollars, including his NBA Hoops card that shows him wearing the hat of a now-defunct team. Among his most coveted cards is his Rookie Card in 2012-13 National Treasures, an autographed jersey card numbered to 199 that has consistently sold for over $1,000. His cards in 2012-13 Prestige are also popular issues that showcase one of the NBA’s brightest young stars.

—
Dan Good is New York-based journalist. You can find him on Twitter @dgood73.