One of the greatest parts of my job as Senior Vintage Card Grader for BGS is the cataloging of new items into the Beckett database. Over the last few years, I have added the new-to-the-hobby Mascot Dog Food Mickey Mantle card and the 1921-22 Schapira Bros Big Show Candy Babe Ruth card. Both of these are the biggest highlights of all the new to the database items.

Recently, an item was submitted to Beckett Grading that was not cataloged, but wasn’t new to the hobby.

The item in question is a photo premium is-sued by Borden’s Evaporated Milk featuring Jackie Robinson. As stated before, the photo was not new to the hobby, but it had been misattributed and not associated with Borden’s. 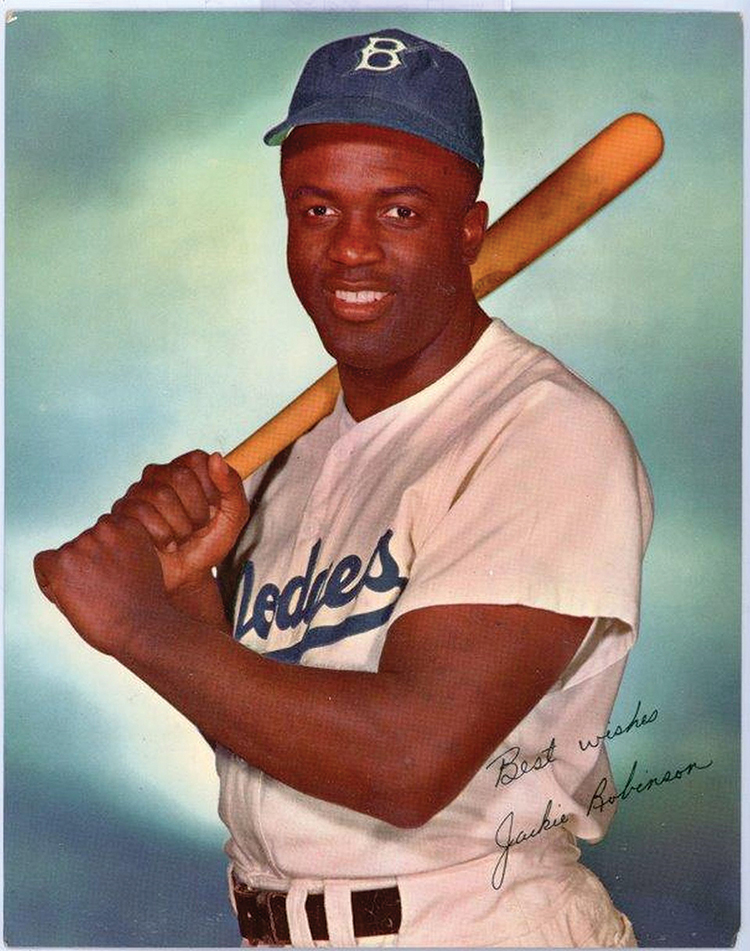 The “autograph” mentioned in the ad is actually a printed facsimile but the “Life-like natural color” part is true.  The studio photo of Robinson has a dream-like tone and is unlike any other card or premium photo of Jackie known to the hobby.

We have cataloged this premium as circa 1950 based on several factors including the product in which the premium was available. We also have another clue about the approximate date this premium was issued based on the quote Jackie gives for the ad. It reads: “We’re raising our new baby on Borden’s Evaporated Milk. We use Borden’s for coffee and cooking, too!”

We know when Jackie’s three children were born. Jackie Jr was born in 1946, Sharon born in 1950 and David born 1952. Logic would say the ad was not from 1946-47 because that would predate Jackie’s MLB debut and his popularity for endorsements. That would mean the endorsement would be sometime between 1950 and 1952. Because we have no more information, we have chosen the catalog dating of ‘circa 1950.’

But why have these Borden’s Robinson premiums remained unknown for so long?

We know that traditionally, mail-in premiums survive in fewer numbers simply because not everyone collected the number of labels or whatever was required for redemption and took the time to mail them in. If the mail-in offer was for a product that was not a popular product, this too could affect the number of premiums redeemed.

I believe another factor leading to this item’s scarcity is the fact that the photo itself has no identifying information indicating the product associated with the premium or the manufacturer.

Whatever the reason, we now know the origin of the premium thanks to the advertisement that has surfaced. We also know what people had to do to redeem and receive their own copy of this premium. The cost was three large or six small labels from Borden’s cans and a dime. Was this an expensive redemption or was the campaign so short that the average person did not use that much evaporated milk in the given amount of time? We may never know but we can’t rule out that the info could still surface one day. After all, only a few months ago, we didn’t even know where this premium came from.